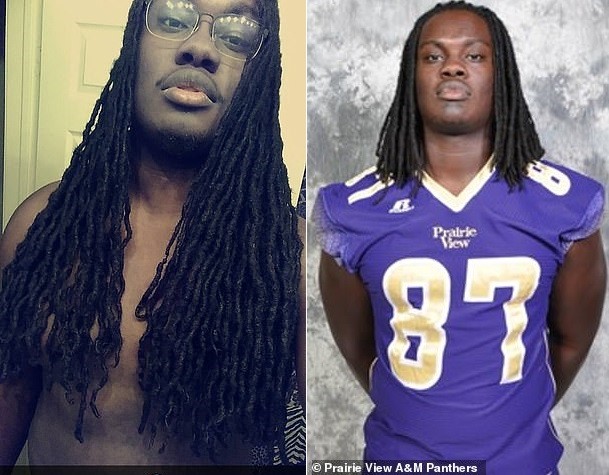 A Texas father of two has been charged with child abandonment after his six-year-old daughter strangled
her one-year-old brother with a seat belt.

According to court documents filed on Friday, 26-year-old Adrian Dreshaun Middleton from Houston left his two children in his car unattended and went shopping at a store for more than an hour.

Mail Online reported that Middleton turned himself in at the Baytown Police Department around 3 p.m over the May 20 incident. He told law enforcement he gave the youngsters snacks and water, turned on the air conditioning and played a movie before leaving them alone in the vehicle for only 30 to 45 minutes.

However, surveillance cameras showed he was gone between 10.45am and 12.15pm and also didn’t check on them after he claimed to have checked on the children through a store window and thought they were fine.

Middleton told deputies when he got back to his car, he put the shopping bags in the trunk and realized his daughter was crying. He said his daughter told him she had to use the restroom and that she did something bad.

When he looked inside the car he saw his son was unconscious with the seatbelt wrapped around him. Middleton then called 911 and began CPR on the boy until paramedics arrived.

According to the report, the child was taken to Texas Children’s Hospital where he was pronounced dead.

His 6-year-old daughter also told an investigator she was playing with her brother, and when she stopped playing, he started crying. She said she became angry and wrapped the seatbelt around the baby. The girl said he stopped crying, and she thought he was sleeping, but he was dead.

Prosecutors claim Middleton put his son at ‘an unreasonable risk of harm, namely, and a reasonable person would have believed that such circumstances would place the Complainant in imminent danger of death, bodily injury, physical impairment and mental impairment’.

Licensed Professional Counselor Bill Prasad says a 6-year-old child does not have the mental capacity to truly understand their actions, so cannot be blamed.

“Six-years-old (is) too young to be held accountable for this,” Prasad said. “As adults, we have trouble in those situations. A 6-year-old has virtually no impulse control. So you really cannot trust a 6-year-old in that situation to be able to restrain his or herself and make a good decision.”

Prasad cautions most children are not able to make those kinds of decisions until much later, therefore should not be given that kind of responsibility until their teens.

“13 years of age, with supervision, with training, with access to emergency services, with a history of having made some good decisions and for a limited amount of time, maybe an hour or two at the most,” Prasad said.