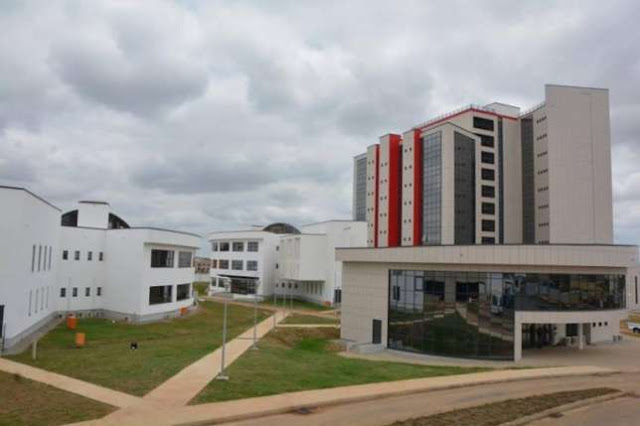 The Economic and Financial Crimes Commission (EFCC) lost equipment worth millions when a fire broke out at
its head office in the Wuse 2 area of Abuja on Monday, November 19, 2018.

According to a statement by the anti-graft agency’s acting spokesperson, Tony Orilade, the fire started around 7:00 pm but was promptly put out by officers of the Federal Fire Service led by the Sector Commander, Melone Onyekachi.

Orilade disclosed that the fire started in a room currently used to store ICT equipments that were retrieved from the agency’s former offices scattered across Abuja. He also revealed that the room is domiciled in the two-storey Costa Hall building which currently houses the Data Centre and the Combined Inter Agency Task Force.

Two officers of the task force who were trapped on the second floor of the building were successfully rescued before the fire was eventually put out.

Onyekachi could not determine what caused the outbreak while addressing the media on Monday.

“Our duty is to put off the fire; that we have successfully done. There is another department that will come and ascertain the cause of the fire,” he said.

The EFCC’s Chief Security Officer, Nasir Abdullahi, reported the fire outbreak to the Maitama Police Station immediately after it was extinguished.

President Muhammadu Buhari commissioned the EFCC’s new N24 billion head office building on May 15, 2018. The construction of the 10-storey building was approved by the Federal Executive Council (FEC) during the administration of former president, Goodluck Jonathan, on November 24, 2010.