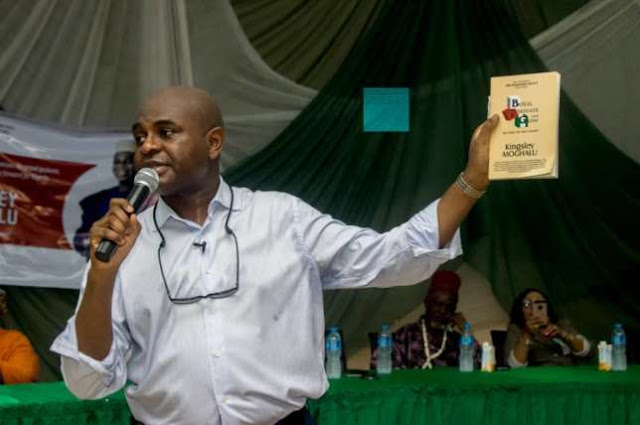 The presidential candidate of the Young Progressives Party (YPP), Prof. Kingsley Moghalu, has slammed the payment of N18,000 as national minimum wage and
branded it a poverty wage.
While speaking during an interview with us on Monday, November 19, 2018, the former Deputy Governor of the Central Bank of Nigeria (CBN) said workers deserve more than they’re getting from the government as minimum wage.

When asked how much he would recommend as national minimum wage, Moghalu proposed “around N36,000 but not more than N40,000”.

Last week, the Nigeria Governors’ Forum (NGF) disclosed that states would have to downsize the workforce nationwide to be able to afford the N30,000 national minimum wage as proposed by organised labour.

President Muhammadu Buhari received the recommendation of the tripartite committee he had set up last year to propose a minimum wage. The president expressed his commitment towards getting the recommendation passed by the National Assembly as soon as possible, with the new wage pegged at N30,000.

Before the proposed N30,000 was presented to the president, state governors had insisted they could only increase the minimum wage, currently pegged at N18,000, to N22,500.

Moghalu said the governors can afford to pay workers if they cut down on the excessive cost of running government for their own comfort.

He said, “They have all the money for security votes. Many of the governors have about 500 special assistants and another several hundred special assistants. Isn’t that money maintaining them? Is that useful expenditure? That’s just money being used to maintain political cronies when people who are poor, civil servants, are not getting a minimum wage.”