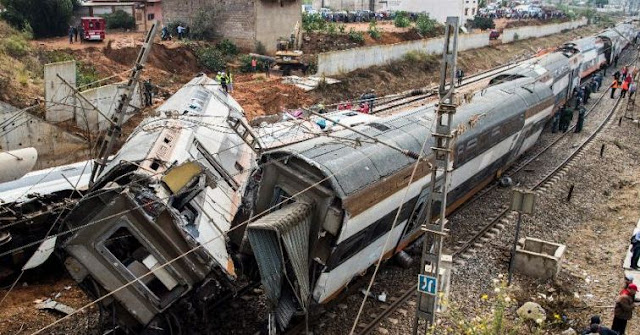 One person was killed and six injured on Tuesday after a commuter train derailed near Barcelona due to a landslide caused by heavy rains, emergency services and Spain’s rail operator said.

The accident happened in the town of Vacarisses, about 35 kilometres (20 miles) northeast of Barcelona, when two of the train’s six carriages came off the tracks, local emergency services said on Twitter.

The train, which was travelling between Manresa and Barcelona, derailed due to a landslide, train operator Adif said in a statement.

The region has been lashed by heavy rains in recent days.

There were around 150 people on the train at the time of the accident, local firefighters said. Rescue workers were working to evacuate passengers from the train, they added.