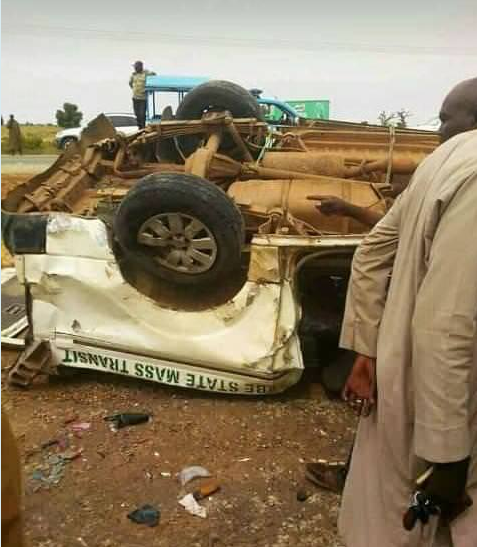 It was gathered that the students who left Borno state on Tuesday (yesterday) had an accident on their way to Gombe.

The corpses of the dead victims were evacuated to the mortuary by officials of the Federal Road Safety Corps (FRSC) and the wounded, rushed to the hospital for treatment.