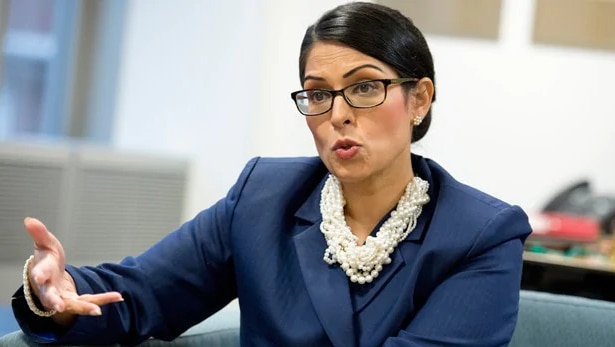 A former United Kingdom Secretary of State for International Development, Priti Patel, has warned international
investors to be careful when deciding to invest in Nigeria under President Muhammadu Buhari.

The Conservative Member of Parliament delivered a severely critical review of the Nigerian president’s economic policies in an op-ed she wrote for City A.M. which was published on Monday, November 19, 2018.

Patel accused the Nigerian government of seeking international investment while it has continued to flout international law and convention.

To illustrate the president’s hostile actions towards investors in the country, Patel pointed to Buhari’s decision to cancel a deal the previous government had made with Process and Industrial Development (P&ID) while also refusing to honour court decisions over the resulting conflict.

She wrote, “However, as with all investments, investors should know of the corrosive effect of corruption, as well as the lack of transparency and associated difficulties of doing business in certain countries.

“In Nigeria, the unhappy experience of the firm founded by two Irishmen, Process and Industrial Development (P&ID), is a case in point, and demonstrates the risk that businesses will face in Nigeria.

“Upon taking office, President Buhari promptly cancelled a compensation settlement, and has done his level best to pretend Nigeria’s obligations to P&ID do not exist.

“Since Buhari reneged on this deal, P&ID has undertaken legal efforts to affirm a tribunal award, first decided in London. It also made several attempts in court to force the Nigerian government to respect its obligations.

“The most recent court decision at a London tribunal confirmed that the Nigerian government owes P&ID almost $9bn for the initial breach of contract, loss of income, additional costs, and interest accrued after five years of non-payment.

“However, the Nigerian government has continued to flout international law and convention, and it refuses to respect the various court decisions.”

She noted that Nigeria’s 145th place on the world’s ranking for ease of doing business “demonstrates the risks of investment into Nigeria”.

She further cast doubts over President Buhari’s ability to fight corruption, noting that it has gotten worse under his administration according to Transparency International’s ranking. She concluded by saying investors should be wary of doing business in Nigeria.

She wrote, “President Buhari currently faces serious allegations, which include staging show trials of opponents of a regime that is accused of corruption and graft, while simultaneously shielding his own party members and inner circle.

“We should all welcome international efforts to attract international investment into developing economies. However, to do this successfully Nigeria must seriously tackle corruption, rather than use it as a smokescreen. It must honour its obligations to companies like P&ID.

“Until then, investors inevitably will be very wary of investing in Nigeria.”

President Buhari has been accused in several quarters of taking economic decisions that have made conducting business in the country a nightmare. His handling of the economy is a major issue going into the 2019 presidential election as he seeks a second term in the Presidential Villa.

His biggest challenger, Atiku Abubakar, a former vice president, is running largely on his self-proclaimed ability to strengthen Nigeria’s economy and ease the nation of the burden of 88 million people living in extreme poverty, the highest in the world.