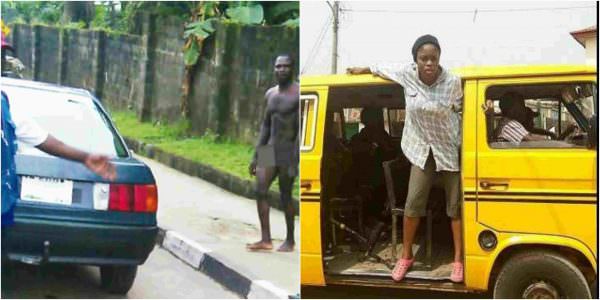 A commercial bus conductor on Monday reportedly beat up his driver in Port Harcourt, Rivers State over
the latter’s failure to pay him the N1000 balance for his day’s job.

Trouble started when their vehicle ran out of fuel and the driver decided to close for the day and opted to pay his conductor N2,000 instead of the agreed N3,000 for the entire day.

It was gathered that the bus conductor got infuriated by the decision of his boss and insisted that the earlier agreed amount must be paid to him regardless of what had happened.

An eyewitness, who identified himself simply as Confidence, said the commercial bus driver and his conductor started an argument, which resulted in a fight.

Quote
“The driver wanted to pay his conductor N2,000 as against the N3,000 agreed by both of them. This was because they had closed earlier than expected because their vehicle ran out of fuel unexpectedly and there was not enough money to refuel the vehicle.

“The conductor, however, insisted that the agreed sum of N3,000 be paid to him by the driver. But when the driver refused, a fight ensued. The bus conductor beat up his driver, tearing his clothes and also stripping him naked. We had to intervene to settle the fight.”

When contacted, the Rivers State Police Public Relations Officer, Mr Nnamdi Omoni, said he had not been briefed about the incident.