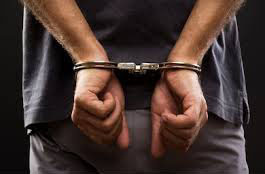 A 40-year-old man, Mr Joseph Abanda has revealed that he killed one Umaru Yakubu, for having
sex with his wife in the bush.

According to Punch Nigeria, the Niger State Police Command has arrested Joseph Abanda, for the death of Umaru Yakubu of Kwagana village in Paikoro Local Government Area of the state.

The command confirmed the suspect’s arrest on Tuesday, stating that a team of detectives attached to the Kanfin-Koro Division apprehended the suspect over Yakubu’s murder.

Abanda, who hails from Beni Village in the Muya Local Government Area of the state, was alleged to have killed the deceased for having sex with his wife.

It was learnt that Abenda caught the deceased having sex with his wife in a bush and attacked and killed him.

Northern City News gathered that the suspect had previously warned the deceased to stay away from his wife, adding that he was prepared to kill and suffer the consequences.

The suspect told Northern City News that he killed his victim with a stick and another dangerous weapon. He said;

“I had earlier warned him to leave my wife alone; I asked him to stop sleeping with my wife otherwise I would kill him and damn the consequences; the worst that would happen was that I would go to jail.

“I killed him for the atrocities he committed against my family; it is an abomination in Islam to sleep with another man’s wife. It is a mortal sin.”