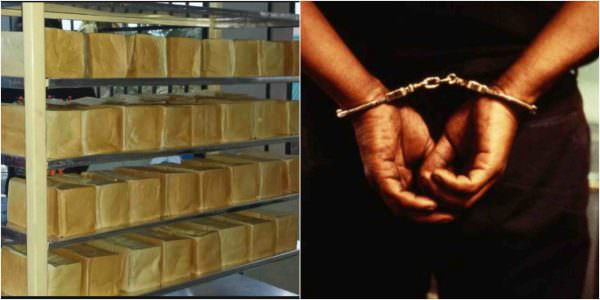 A man identified as Chima Okoro, who worked as a baker in a bakery has been imprisoned for allegedly stealing loaves of
bread and N80,000 in cash. He appeared on Wednesday before a judge at the Tinubu Chief Magistrates’ Court. The police, charged the accused who resides at No. 4, Otua St., Ijora 7up, Lagos on two counts of theft, breaking and entering.

The prosecutor, Sgt Hafsat Ajibode told the court that the accused committed the offense on November 7, at 2 am at Kilometre 45 Lekki/Epe Expressway, Sangotedo Lagos.

She said that the accused, an ex-employee of Daily Mama Bread Industry broke into the bakery and stole 135 loaves of bread worth N30,000; and also stole N80,000 all valued at N110,000.
The prosecutor told the court that Okoro, who was laid off after a shortage of N80,000 was discovered in his sales proceeds, absconded.

Quote
“He later came back, broke into the bakery and stole 135 loaves of bread of different size from the bakery and was caught by a security guard,”
she said.

After the charges were read to him, Okoro, pleaded not guilty.
The Chief Magistrate, Mr Tajudeen Elias, admitted the accused to bail in the sum of N100,000 with one surety in like sum.

Elias ordered that the surety must be a responsible citizen and gainfully employed. He adjourned the case until November 27 for the mention