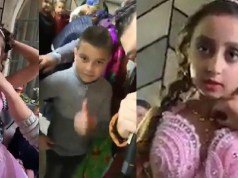 A Romanian gypsy wedding between an eight-year-old girl and a ten-year-old boy has sparked outrage on social media.

A footage that was taken moments before the ceremony began in Dolj County shows the young girl surrounded by older women making final touches to her oversized frock. 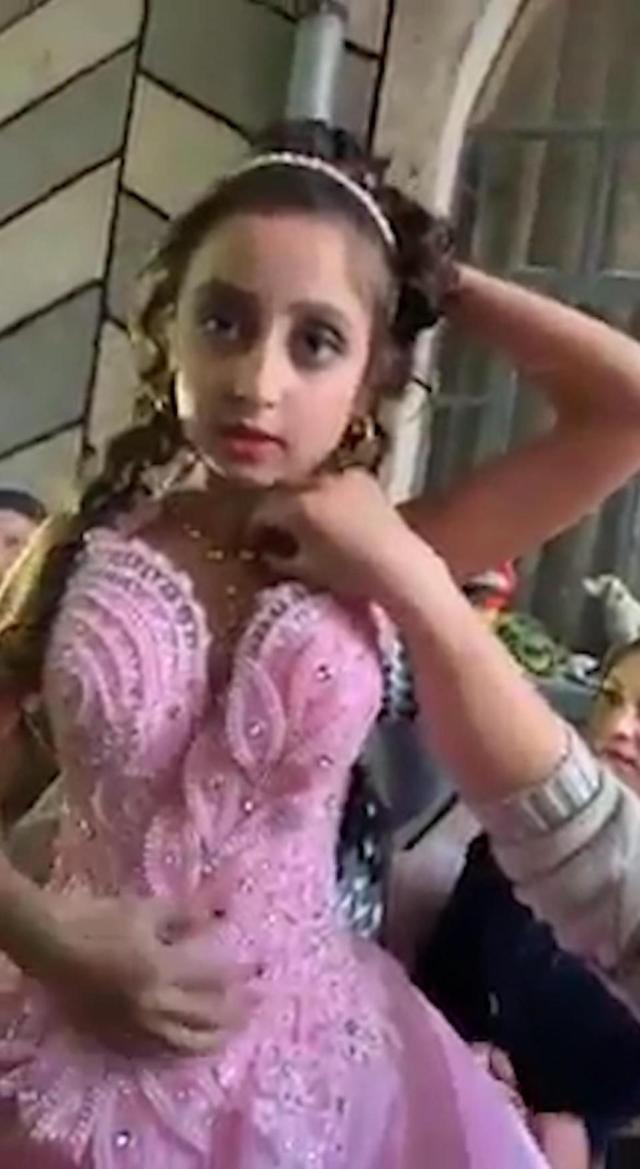 The girl, 8, appears confident in the huge sparkly pink gown ahead of her wedding
Donning a pink sparkly gown, the young girl can be seen delicately touching her long ringlets as a local singer gets the crowd going.

The groom can be seen dancing along to the folk music, with his pals by his side, appearing to boost his confidence.

The singer calls on the groom and tells him to: “Leave the toys aside, today you’ve married your bride.”

The young groom appeared in high spirits as the singer told him to ditch his toys
Seconds later, the bride is propelled onto a stool, for all to gaze at her gown which appears to be of an adult size.

Appearing confident, the girl poses as the women continue to pamper her and sew her into the dress.

The footage attracted a number of disapproving comments when posted online.

One user, Don Vochin, insisted it was not a legally binding wedding.

He claimed the official ceremony would take place when the youngsters are older. 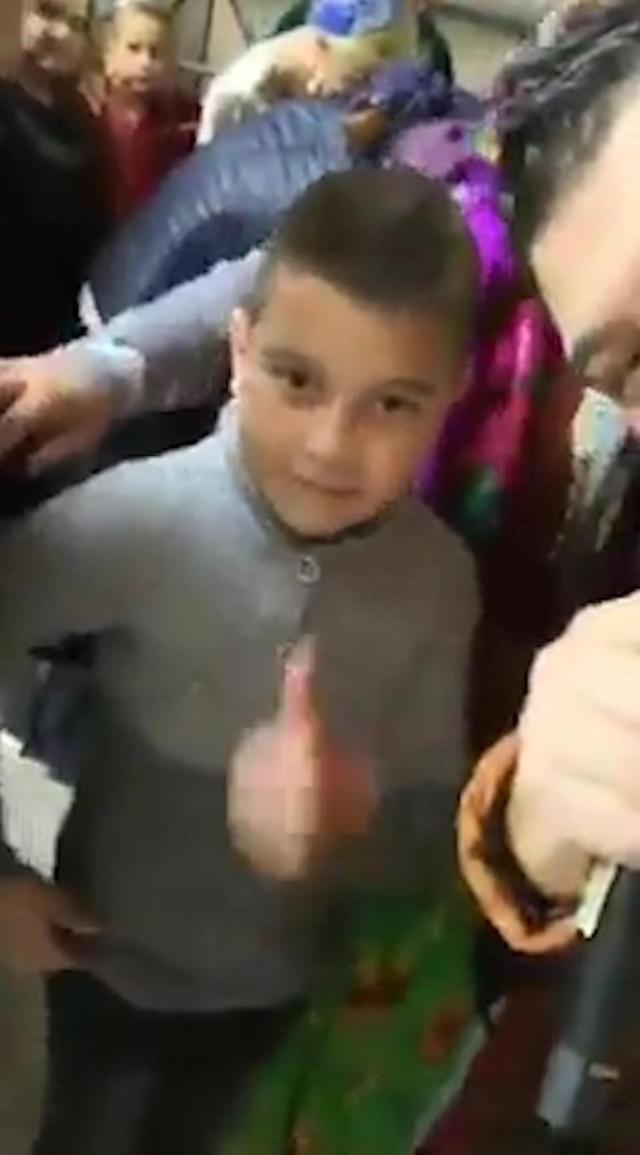 According to the UN Office of the High Commissioner on Human Rights, a number of Romanian communities practice “early marriage”.

Women sew the girl into the oversized gown so it doesn’t move during the wedding
Until 2007 the minimum age for marriage was different for men and women; 18-year-old men could marry and 16-year-old women could marry.

And for valid reasons the Local Council could approve a 15-year-old to marry if accepted by an “official physician”.

This gathering was a cultural ceremony celebrating the promise of marriage.

The young pair wouldn’t be 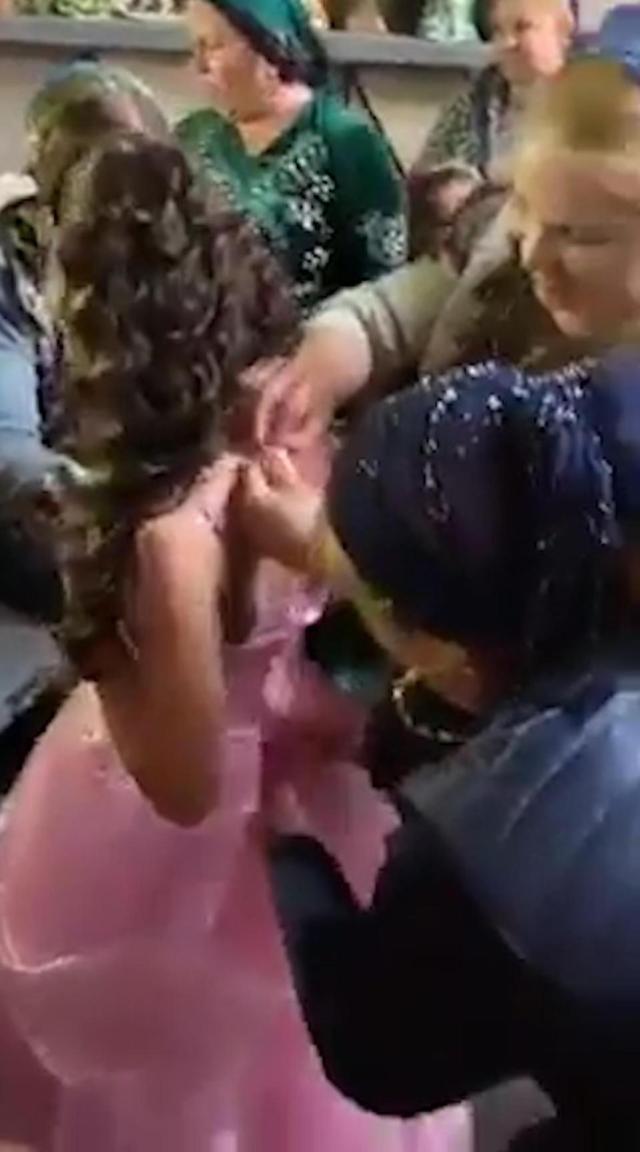 expected to have sex and would almost certainly continue living with their families for years to come.

It comes after a similar event took place in Galati, where an eight-year-old and a seven-year-old married back in 2011. 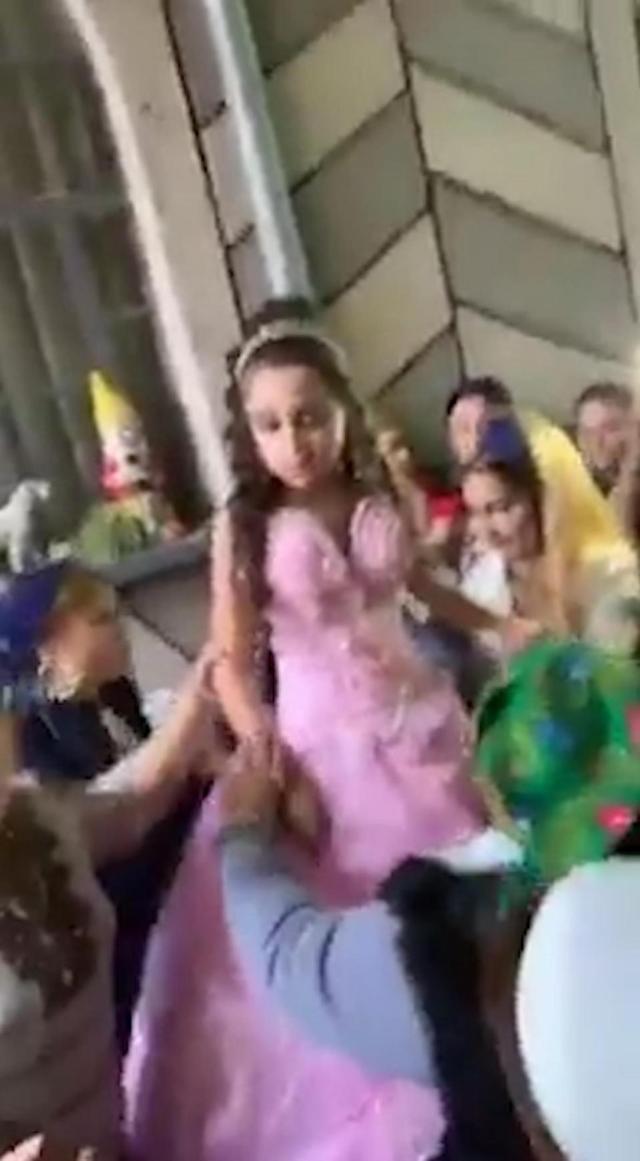 After an investigation, local officials said they would not pursue charges as the marriage was not legally registered at the town hall.