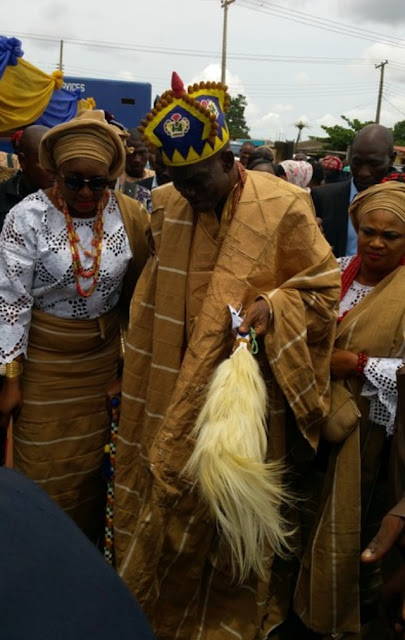 His Royal Majesty, Oba Tajudeen Fagbohun (Gbadewolu 1), the Alakesan of Akesan town in Alimosho Local Government, Lagos State, has passed on at 81 years.

“The remains of the revered paramount ruler of Akesan Kingdom will be committed to mother earth by 4pm today, ‘’ the vice-chancellor said.

He, however, prayed that the soul of the departed rest in peace.

NAN reports that late Oba Fagbohun had on April 23, 2017, officially received his staff of office from Gov. Akinwunmi Ambode, who was represented by the Commissioner for Local Government And Community Affairs, Mr Folami Muslim.