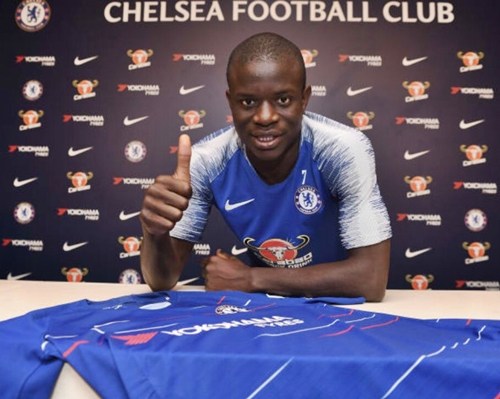 N’Golo Kante becomes
According to Goal.com, Kante’s new deal includes a weekly wage of £290,000, with the Blues keen to ward off potential suitors in the midfielder.

The 27-year-old who has been an ever-present during Chelsea’s unbeaten start to the current Premier League campaign, become Chelsea’s highest-paid player after signing the new contract.

Kante, a revelation since moving to Chelsea from Leicester City in the summer of 2016, played a pivotal role as the club won the Premier League title in his first season at the club, with the Frenchman rewarded for the quality and consistency of his performances by being named Player of the Year by both the PFA and FWA. 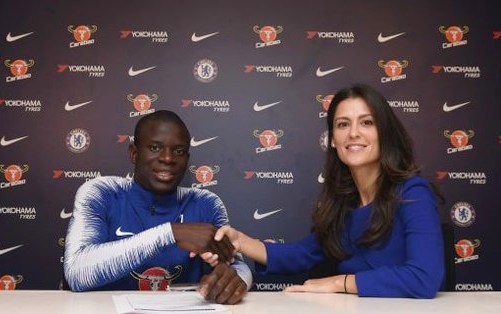 He maintained those high personal standards throughout last season as he helped Chelsea secure the FA Cup, with another individual accolade to follow, this time, the Chelsea Player of the Year prize.

Upon signing his new contract, Kante said: ‘I’m happy to extend my time with Chelsea, it has been two beautiful years and I wish for more to come.

Since I came, I completely improved as a player, challenged myself and got some awards I never thought about. I like the city, I like the club and I am happy to be here for more time.’

Club director, Marina Granovskaia added: ‘We are delighted N’Golo has signed a new contract and sees his long-term future with Chelsea. When he arrived, we knew we had signed a special player but he has astounded everybody with his tireless and unselfish displays.

Off the pitch, he remains a dedicated professional and a humble human being despite the fact he is a world champion and a two-time Premier League winner. We now look forward to five more years with N’Golo at the heart of the Chelsea midfield.’