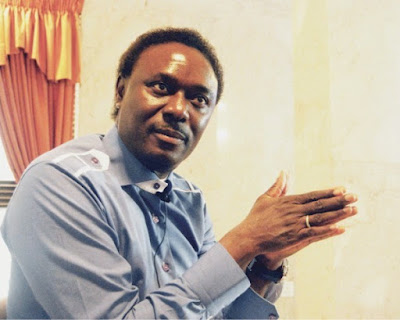 In an interview with DailyTrust, Okotie who declared his interest to run for president in 2019 on October 1st, says an interim government is the only way out for Nigeria to develop. Read excepts from the interview below

Daily Trust: In recent times, you have been speaking on what you believe is the need for Nigeria to have an Interim National Government (ING). What exactly is the proposition all about?

Reverend Okotie: What I am saying is that the current arrangement in the political hemisphere is not workable because the political class has refused to recognise the seriousness of the existential adversary that confronts us at this time. We are at a juncture in our national evolution where we must come to a halt temporarily and have an ad hoc measure, which is the Interim National Government, to deal with the fundamental issues that beset our nation, and to restructure and change the Constitution. No extant government can do these things. That’s what I’m saying.

DT: Doesn’t your idea render the Fresh Party’s presidential ticket, which you have been given, useless?

Okotie: Yes, I already have the Fresh Party’s presidential ticket, and that means we shall be participating in the presidential election slated for February 2019. But what I am saying is that all other parties should not field candidates against me in the 2019 presidential election so that it would be easy for me to set up the Interim National Government. If they don’t field candidates, it means I have won and what I’d do immediately is set up an ING instead of the normal or ordinary government that is put in place, where we have the legislature, judiciary and all of that that is not workable. An interim government will not need a legislature and it is at this time that we can redesign the political landscape.

DT: Would you be executing this idea on the platform of the Fresh Party?

Okotie: I have to run for election on the platform of a political party. After the election has been held, the creation of the Interim National Government is another step.

DT: How do you think this would work out during the election?

DT: But many have argued that the ING idea is not recognized by the Nigerian Constitution. How do you hope to navigate the legal challenge?

Okotie: That is totally irrelevant. The Constitution was created by men. It can be suspended and we can put an ad hoc mechanism in place to legalise the machinery of an interim government. It can be done. It is not impossible.

DT: In the proposed ING, you offer yourself as the person to lead the arrangement. How acceptable do you think your offer would be to other political stakeholders?

Okotie: That would be predicated on the reality of that day. When this whole sequence had played itself out, it would become obvious that there was no other way forward. There is no partisan political equilibrium that can salvage Nigeria at this juncture of our national evolution because the problems that confront us are gargantuan.

DT: So how prepared are you to deal with these gargantuan problems?

Okotie: I am very prepared. If you notice, all these years, I have not engaged in any political participation at any level because my political philosophy is quite different. The ideology that I believe in is diametrically opposed to that of the status quo.  And that is why I have not been part of APC, PDP or any other national party.

DT: You are a pastor, so how do you hope to drive your message to non-Christians?

Okotie: We will drive the message when there is a national platform in place, which is the ING. Yes, we must rise above the issues of religion and ethnicity. I have assumed an altitude where these cleavages diminish to mere superficial laceration in the terrain of national integration. But it can only be advocated on a national platform that is recognizable.

DT: If your idea works out, what would be your area of focus when you lead the ING?

Okotie: First and foremost, we must redesign our Constitution. That is clear. This Federalism that we run is what I call terminological inexactitude. It is a lie. It’s a deceit. This is not federalism; it’s more like a unitary government. When you look at its centrifigure, you will discover that there is disequilibrium. We need to address the problem of ethnicity and how that plays out in our polity, and then work on reconciliation. There is a need to restructure our nation.