Donald Trump reacted to Bernie Sanders dropping out of the presidential race by trolling Democrats and taking a dig at Elizabeth Warren who dropped out of the race earlier.

Sanders announced he was dropping out Wednesday morning after staying in the race for weeks against Joe Biden.

Also Read: Bernie Sanders drops out of US Presidential election

Afterwards, Trump mockingly tweeted, “Bernie Sanders is OUT! Thank you to Elizabeth Warren. If not for her, Bernie would have won almost every state on Super Tuesday! This ended just like the Democrats & the DNC wanted, same as the Crooked Hillary fiasco. The Bernie people should come to the Republican Party, TRADE!” 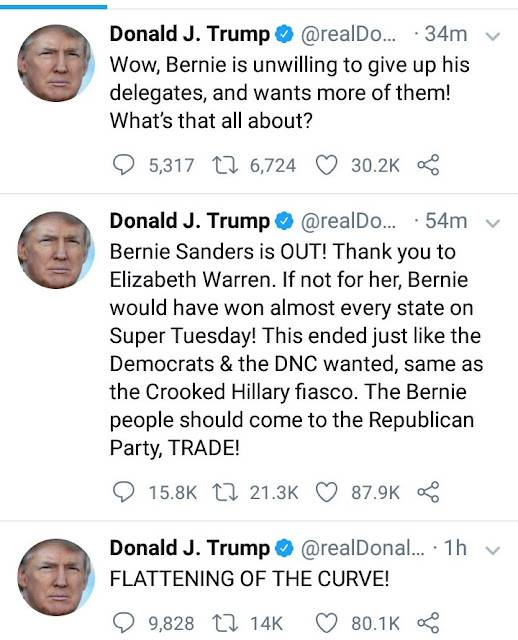