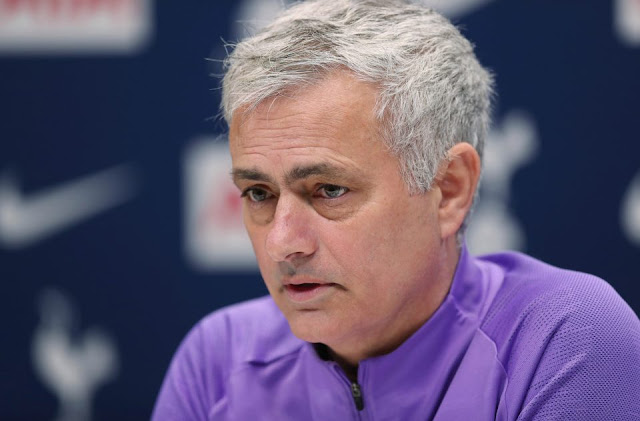 The United Kingdom government has made a rule for all the people in England to stay at home and observe social distances in efforts to stop the spread of coronavirus. This comes after the country was hit with many people contracting the virus which has also forced the League board to suspend the Premier League season

But despite all the rules laid down for all people living in England to abide with, Jose Mourinho decided to go against it after being spotted training three players

The players who were trained by Jose Mourinho are Tanguy Ndombele, Ryan Sessegnon and central defender Davinson Sanchez.

According to the report by Mirror, Jose Mourinho has however showed remorse for his act by tendering an apology.

“I accept that my actions were not in line with government protocol and we must only have contact with members of our own household. “It is vital we all play our part and follow government advice in order to support our heroes in the NHS and save lives,”.

Even though the there is nothing for Mourinho and his wards to fight for this season, the Portuguese still want Spurs to finish well on the Premier League table.

Tottenham have already crashed out of the Champions League and even miracle cannot make them win the Premier League title.

Jose Mourinho acknowledges that he broke social-distancing rules after being pictured training with a Tottenham player.

“I accept that my actions were not in line with government protocol” pic.twitter.com/KAWHZnP0dP