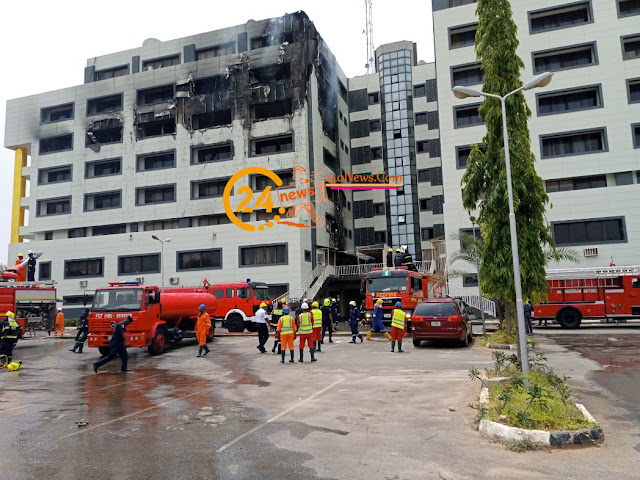 It is unclear what caused the fire at this point, but efforts are ongoing to put out the raging inferno.

Tribune reports that the fire started from around the third floor, razing the building upwards including the Accountant General’s office and most of the important offices.

Firefighters appeared helpless as they complained that they didn’t come with equipment that could reach the top floors.

Pulse will keep you updated in subsequent news posts..

Update:
The fire at the Accountant General’s Office has been extinguished. pic.twitter.com/MSEQa5JmFa