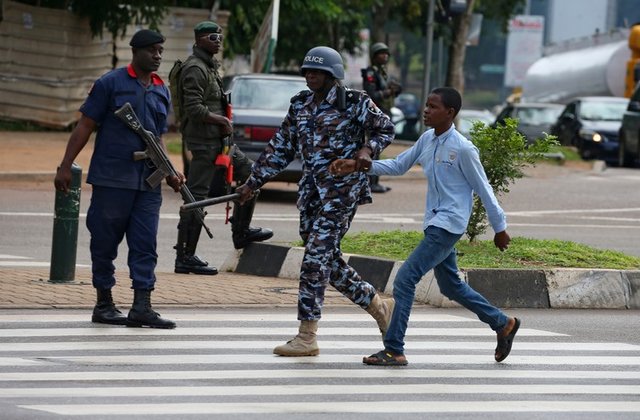 Since the lockdown came into effect last week, there have been increased incidents of street boys .

Barely a week into the stay-at-home directive issued by the Federal Government in Lagos State, street urchins and hooligans have stepped up their nefarious activities in Oshodi and environs. Since the lockdown came into effect last week, there have been increased incidents of street boys suspected to be cult members attacking people on the streets and snatching their phones.

The Guardian yesterday witnessed the activity of the hoodlums, who are within the age range of 15 and 25 when they waylaid passersby to assault and extort money from them.

A victim narrated his ordeal thus: “They first start with begging, if you freely part with money, you won’t be harassed; but if you decide to ignore them, you will not only be assaulted but your phones, money and any valuables will be confiscated from you unchallenged. I was lucky because I bailed myself with N500 even before they could start their harassment.”

Speaking with The Guardian, the Mosafejo Police Public Relations Officer, Akinade Johnson, said: “This morning, while I was patrolling with my officers, a coaster vehicle with many passengers broke down and these boys came out to rob them. Luckily, we got there in good time. I am very new here. I resumed at Mosafejo police station on Tuesday and Wednesday was my first experience of this area. We are going to intensify effort and drive them out of that place.

“We patrol round the clock but this lockdown took my men because we have to block the roads to restrict movement, we don’t have enough men to curb the crime rate. If you come during the day, you will see more than 300 people under the Oshodi bridge, small boys from age eight-year and above. We need the taskforce and government to constantly help us raid and flush them out of there.

“We do arrest the few we can but they come back within three days after their release. The ones we charge to court are released because the court says they cannot remand them into custody because of COVID-19; that is the challenge we are facing now. If we keep them in our cell, they may spread the virus and the IGP has directed against detaining people during this period.”