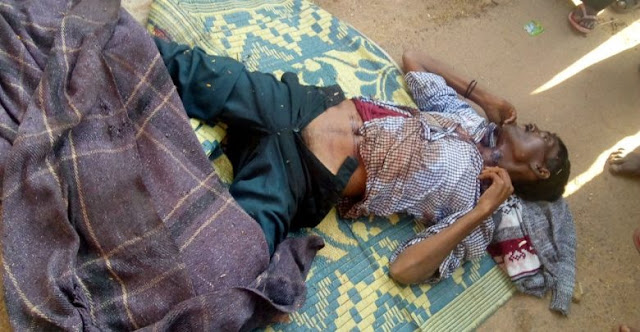 According to a report by The PUNCH, a thirty-four-year-old pastor, Mathew Tagwai, has been killed by gunmen in the Bassa Local Government Area of Plateau State.

It was learnt on Wednesday that the pastor serving with the ECWA church was killed alongside three others by the gunmen who attacked Ngbra Zongo community on Tuesday night.

A resident, Chayi Biri, confirmed the incident to our correspondent in Jos on Wednesday.

He gave the names of the other victims as Dih Sunday, 21 years; Duh Abba, 38 years and Ishaku Abba, 10 years.

Biri said he narrowly escaped being killed by the gunmen during the attack.

He said, “The gunmen were dressed in black. I saw six of them. They came close to my room but God helped me to escape narrowly. But they killed four in the community, including a pastor during the attack which lasted for about an hour.

“Thereafter, they followed the back of our house and escaped towards Dusen Kaura village.”

Another resident, Gata Moses, who lamented the killings, blamed the attacks on the withdrawal of soldiers and other security agents from the community.

Moses  said, “This is the second time this community is experiencing a bloody attack within a space of two weeks. I believe that withdrawal of soldiers from the community contributed to a series of attacks on the community and neighbouring villages.  The security agents are not doing enough to see an end to these attacks because none of the attackers who are suspected to be Fulani herdsmen, has been arrested.

“The authorities must rise up to their responsibilities to protect lives and properties.

“Security officials will only arrive after people had been killed and this has always been our experience, including this latest killing. We have lost hope in this government because they have failed us completely.”

The state Commissioner of Police, Mr Isaac Akinmoyede, had visited the council area last week after seven persons were killed by the gunmen in one of the communities but the command was yet to respond to the latest killings at the time of filing this report.

Meanwhile, Governor Simon Lalong has vowed to consolidate the peace process in the state using dialogue, community policing and intelligence as well as a proactive approach in dealing with criminals in the state.

Lalong’s Director of Press and Public Affairs, Dr Macham Makut, in a statement on Wednesday, said the governor spoke at the Government House in Jos when he received the new Commander, Operation Safe Haven, Major General C. C. Okonkwo, who took over from Major General Augustine Agundu.