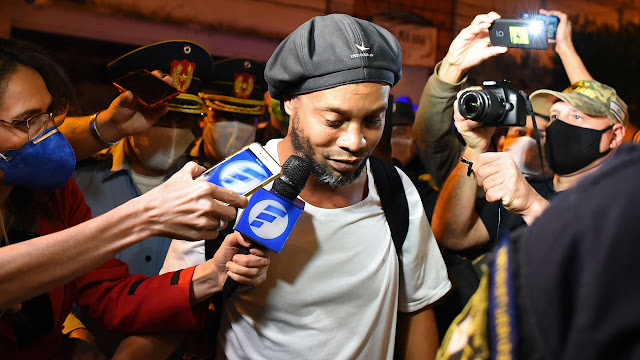 Football legend Ronaldinho has finally been released from a prison in Paraguay and placed on house arrest after spending a month in jail.

The former Brazil international and his brother Roberto Assis were arrested last month for using false passports to enter the country.

They were subsequently charged and put in jail, where they have spent the last 32 days.

However, in a latest ruling, judge Gustavo Amarilla has decided that the duo can live in a hotel in Asuncion while they await trial on their charges.

Ronaldinho and his brother had travelled to Paraguay to take part in a number of promotional events, however, they were found to have produced false documents.

They were subsequently arrested and put inside the maximum security Agrupacion Especializada prison.

In court, Ronaldinho’s lawyers argued that he had been given the Paraguayan passport as a gift from a local sponsor, and that wasn’t aware he was doing anything wrong by using it.

The Ballon d’Or winner, however, still managed to catch the eye of the world while in prison, with videos capturing him involved in some football activities.