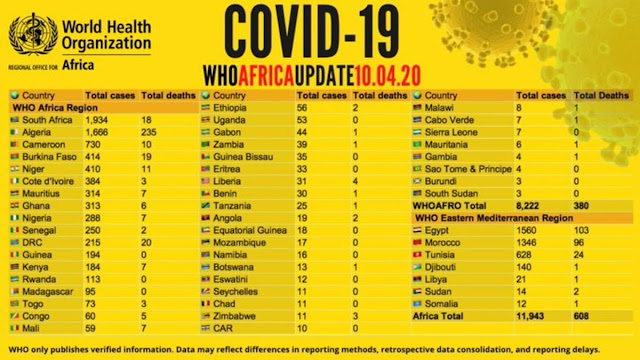 The World Health Organization (WHO) Regional Office for Africa on Friday gave an update on the coronavirus pandemic in Africa.

South Africa, Algeria, and Egypt have continued to top the list of countries with the highest reported cases.

WHO added that Africa’s most populous nation, Nigeria has 288 cases and 7 deaths.

The countries with the lowest confirmed cases are South Sudan and Burundi, which have reported only three cases each.