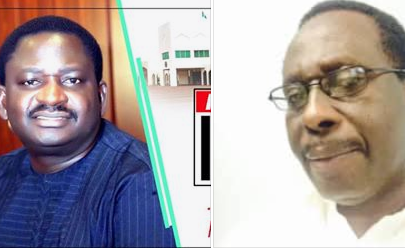 Femi Adesina, the Special Adviser to President Buhari on Media and Publicity, has dragged a journalist, Bayo Oluwasanmi for publishing an article using foul languages against President Buhari, his female supporters, and himself, Adesina.

In an article titled ”THE SCOUNDREL CALLED BAYO OLUWASANMI” which he published on his Facebook page, Adesina accused Oluwasanmi who he described as a ”rather smallish man who talks in whispers”, of going against the Buhari administration because he wasn’t given an appointment.

Read his article below