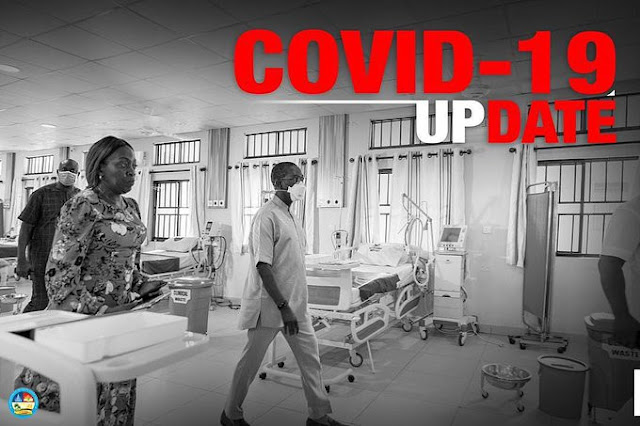 The Delta State Government on Thursday April 9, confirmed its second Coronavirus case who died after presenting himself to one of the hospitals in the state.

Governor Ifeanyi Okowa who made the announcement, said the deceased came into the South-South state from Lagos two weeks ago. The man had severe symptoms of the disease, and he died after his specimen which came back positive was taken.

I have just been informed of another case of #COVID19 in Delta State. The individual in question, had underlying health issues and had visited Lagos State in the past two weeks. The patient presented himself late to one of our hospitals with severe symptoms.
These symptoms included difficulty in breathing. He was immediately given the necessary attention by healthcare professionals. Shortly after the specimen was taken, he passed away. However, his test results came back positive today.
In order to mitigate against the spread of the virus, we are fast-tracking our contact tracing to ensure that all those that came in contact with the deceased patient are properly isolated and tested immediately.
Again, it is important that as we work to protect the citizens and residents of our state, families and friends of individuals that are exhibiting the primary symptoms of the #COVID19 virus, do not keep it from the authorities. If you see something; say something. 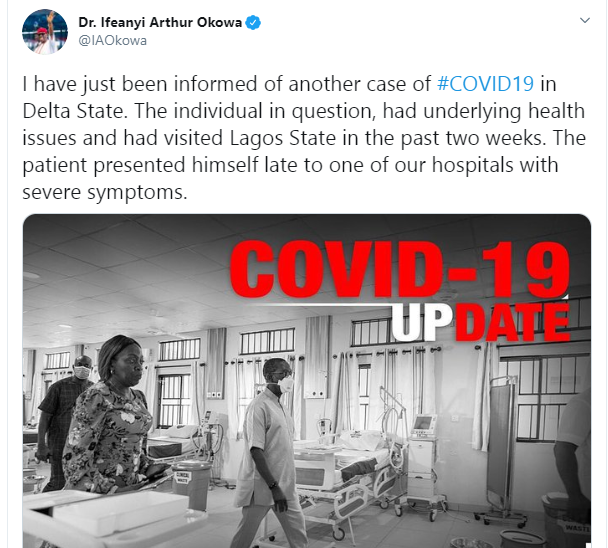