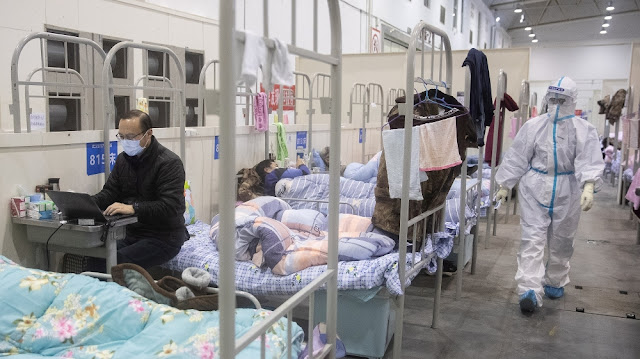 According to NAN, more than 90 people who fully recovered from the novel coronavirus have tested positive for COVID-19 again, health authorities Seoul said on Friday.

The Korea Centers for Disease Control and Prevention said a total of 91 people had tested positive for the new coronavirus after they were released from quarantine.

KCDC Director-General Jeong Eun-kyeong said a viral test on such cases was underway, with the results expected at least two weeks later, unlike regular swab tests used to test for COVID-19 that shows results in a relatively shorter time.

“We are isolating viral cells from respiratory organs of those who have tested positive for COVID-19 again,” Jeong told reporters.

The KCDC said it was also looking into whether those who retested positive had an antibody that would indicate whether they had recovered, as some health experts said immune people with the antibody were not contagious.

Health authorities in Seoul said that the virus was highly likely to have been reactivated, instead of the people being reinfected, as they tested positive again in a relatively short time after being released from quarantine.

Other virologists and epidemiologists also said the positive results from the retesting might have come from the virus reactivating and not from wrong diagnoses.

They also said that the COVID-19 could remain latent in certain cells in the body and attack the respiratory organs again once reactivated.

A COVID-19 patient is deemed fully recovered after showing negative results for two tests in a row, performed within a 24-hour interval.

The country’s COVID-19 infections fell below 30 for the first time since February 20 on Friday, according to the KCDC.

The 27 new cases, detected on Thursday and down from 39 a day ago, brought the nation’s total infections to 10,450.