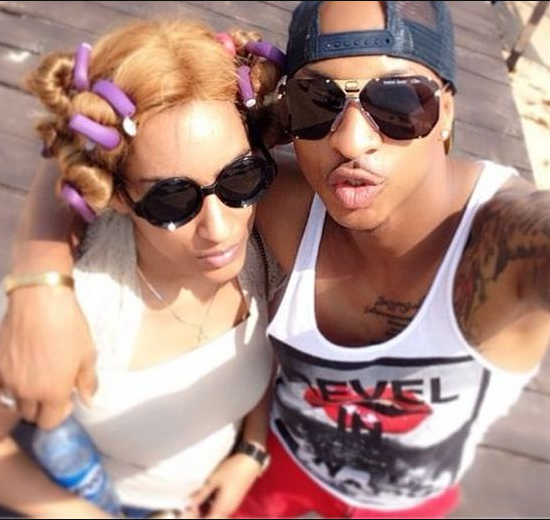 Juliet Ibrahim and IK Ogbonna are currently trending on Twitter as they are being dragged for their comments on U.S. singer Tony Larez’s Instagram Live video.

Tony Larez hosted an Instagram Live video where multiple women twerked for his viewers. The live twerk session pulled a lot of viewers.

Two of those who stayed up to view Tony Larez’s live video are actors, IK Ogbonna and Juliet Ibrahim.

However, they didn’t stop at viewing; they also left comments that angered Nigerians and they took to Twitter to call both of them out for their actions while viewing Quarantine Radio. 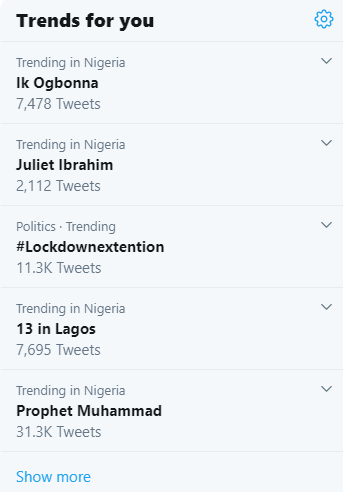 On his part, IK Ogbonna was called out for leaving emojis after emojis of Nigerian flags. Nigerians accused him of seeking for notice with it and some said the flag emojis were blocking them from seeing the butt of the women who were twerking. 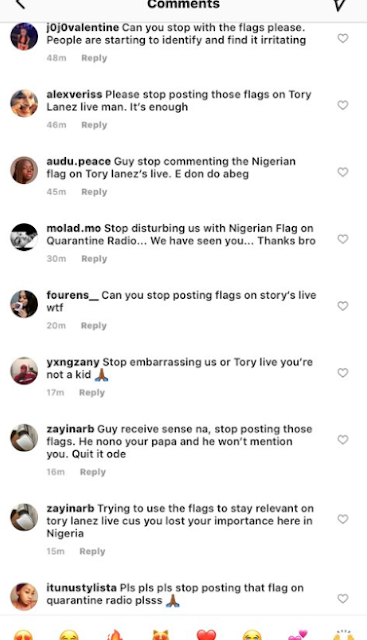 As for Juliet Ibrahim, she was dragged for disrespecting the whole of Africa with her comments calling Africans beggars. 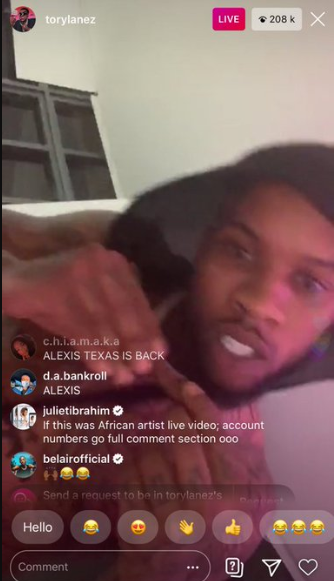 “If you’re from Naija or Ghana and you’re reading this comment! SLEEP OOO,” she wrote in another. 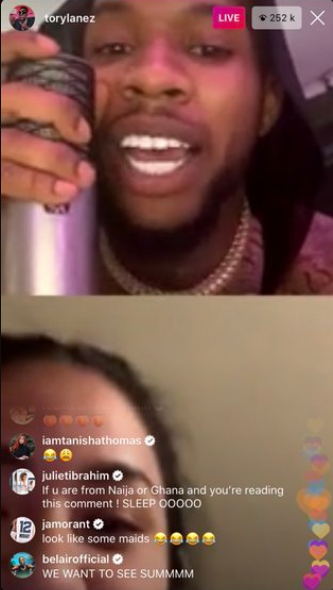 “Chai milk that some people need to feed in Africa,” Juliet wrote in yet another comment seen on Tony Larez’s IG live. 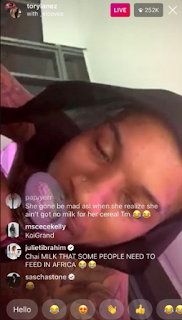 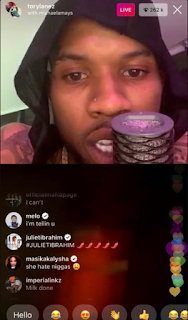 After she was done dragging Africans, she advertised her brand’s handle – an act people say is no different from the begging she’s accusing Africans of since she’s also begging for patronage without paying for advert.

See some comments below. 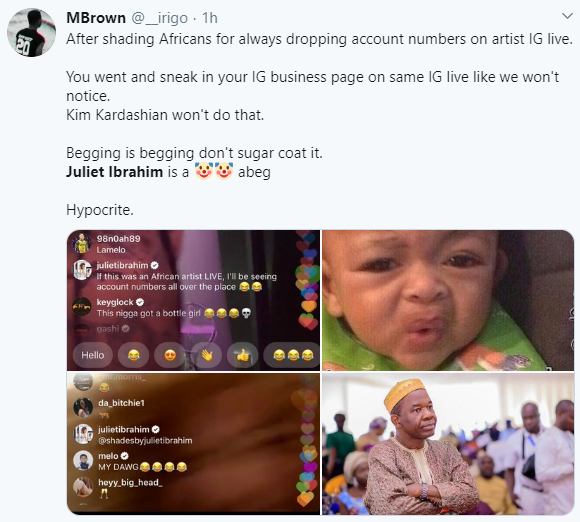 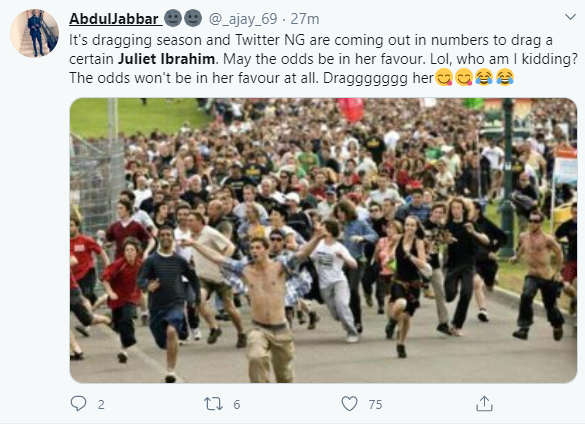 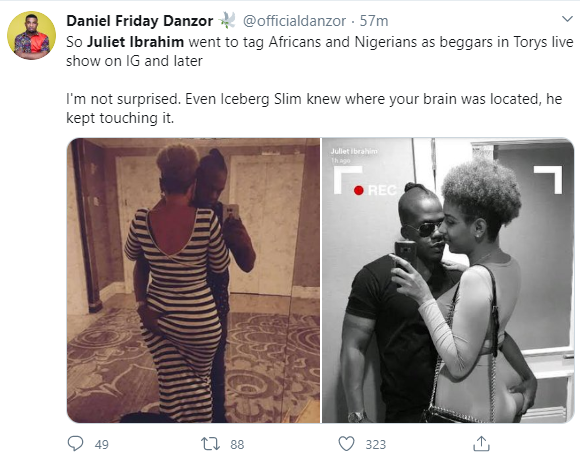 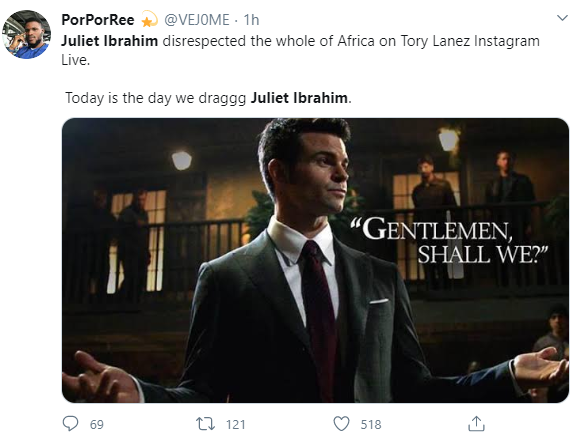 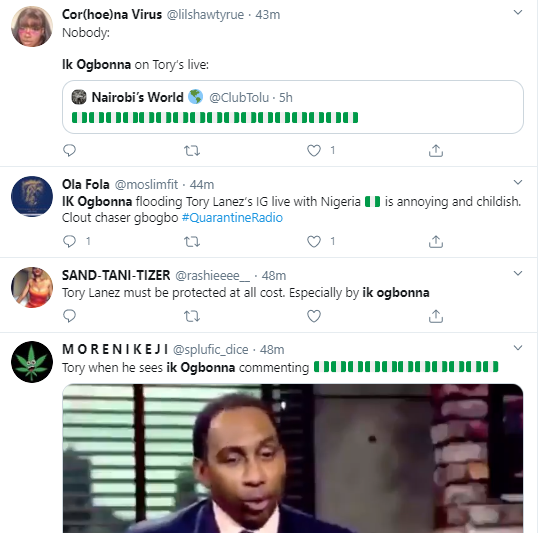 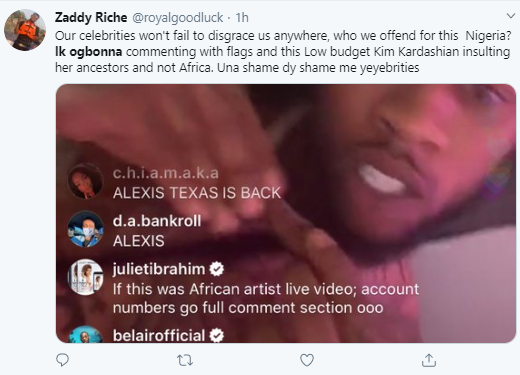 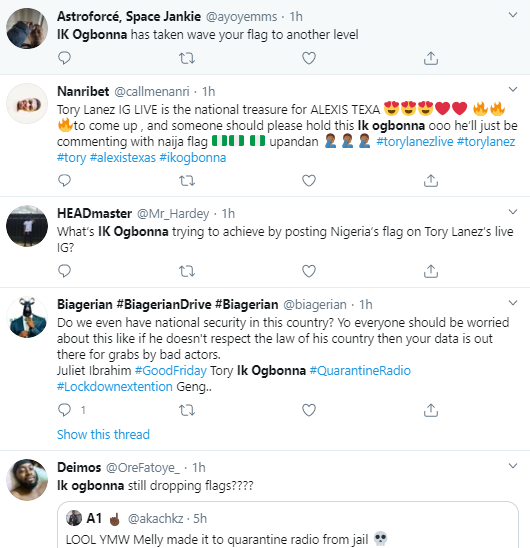