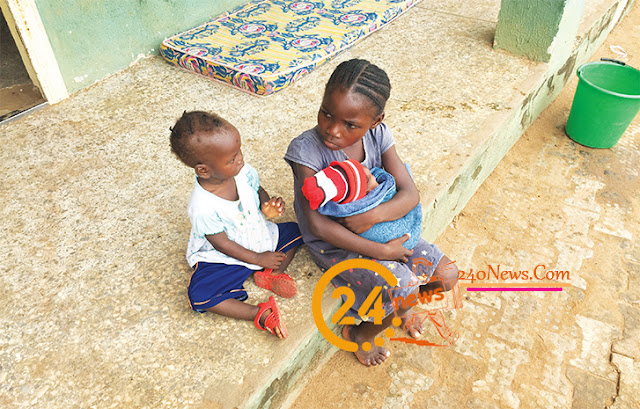 The police in Lagos have arrested a 34-year-old man, Kehinde Frederick, for allegedly defiling his neighbour’s daughter in the Ikorodu area of the state.

It was learnt that the victim’s mother had left the one-year-old child and her two siblings, aged 11 and 12, at home while she went to a farm on Wednesday.

Frederick reportedly entered their room when the woman was away, and asked the siblings to close their eyes while he inserted his finger into the little girl’s private parts.

City Round gathered that the mother of the child returned home and met her crying. Upon enquiry, the victim’s elder sisters reportedly told her that Fredrick molested their sister.

The mother was said to have reported the case to the police and Frederick was arrested.

“I went to the farm on Wednesday and left my one-year-old girl with her sisters to play with them. On returning home, I met her crying and asked her two elder sisters what happened. They told me it was my neighbour, Mr Frederick who came to our apartment. He asked them to close their eyes and molested their little sister with his finger,” she told the police.

The police spokesperson in the state, DSP Bala Elkana, who confirmed the case to City Round, said the girl had been taken to the community health centre for treatment.

He said, “The mother of the victim reported that on April 8, when she came back from the farm, she heard her little baby of about one year old crying and on getting to the room she asked the two elder sisters what happened.

“They explained to her that their neighbour, one Kehinde Frederick, told them to close their eyes while he carried the little child and started fiddling her private parts with his index finger. The victim has been taken to a health centre in Ikorodu for test and treatment while the suspect is in custody.”