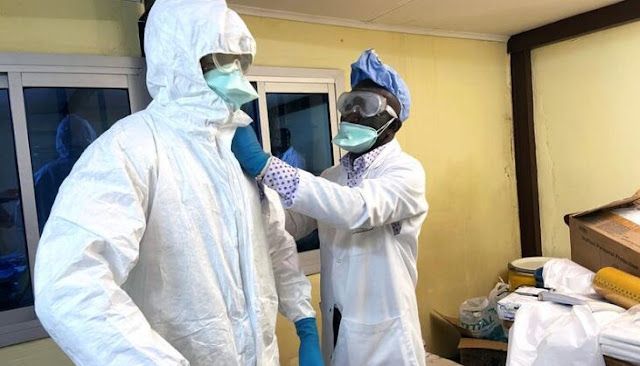 Kaduna State Government has confirmed a new case of Coronavirus in the state.

A statement released by the state Commissioner for Health, Amina Mohammed Baloni, said the fresh case is a gateman in the Mando area who recently returned from Lagos.? Baloni said the patient had no connection to the first five cases in the state.

Dr Baloni said the sixth case had traveled on public transport and contacted the authorities as his symptoms worsened. He said the patient has been evacuated to the state’s Infectious Disease Centre.”

The Commissioner added that the latest case presents the nightmare scenario of possible community transmission of Covid-19 in the state as it would be very difficult and complicated to trace all those he might have had contact with while commuting in a public transport from Lagos to Kaduna.

“The Rapid Response Team is trying its utmost to elicit from him a list of his contacts, so that they can be traced and monitored. He does not know who his fellow passengers from Lagos are. But the team is working to develop an idea of his local contacts in Kaduna, including any vehicles he commuted in and people he met at the hospital he visited and within his neighbourhood,” she said

Kaduna state currently has six cases of Coronavirus amongst whom is the state governor, Nasir El-Rufai.