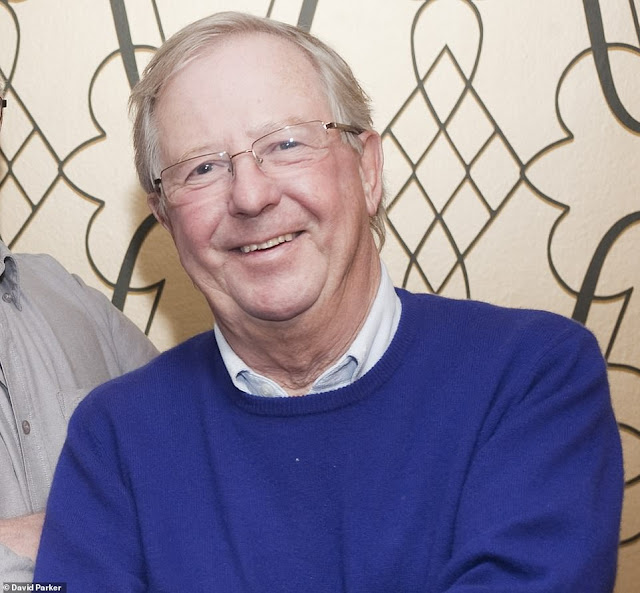 English actor and Comedian, Tim Brooke-Taylor has died at the age of 79 after contracting Coronavirus.

The Goodies’ star died on Sunday, April 12, according to his agent.

Mr Brooke-Taylor’s agent said in a statement: ‘It is with great sadness that we announce Tim’s death early today from COVID-19.

‘Joining Footlights in 1960 took him to providing a huge variety of splendid entertainment – television, radio, theatre, film, books, DVDs, CDs, quizzes, etc – all of which he undertook with energy and a great sense of fun.

‘We will remember him for so much but must just mention The Goodies and I’m Sorry I Haven’t A Clue.

‘He had, of course, many fans whom he always treated cheerfully even after long and exhausting rehearsals and recordings.

‘He was an exceptional client and a pleasure to represent. We’re grateful that we have so much of his work to view, read and listen to.

‘In all the time with us and in all his showbiz work, he has been supported by Christine, his wife.’

Comedian Jack Dee, who hosts the BBC Radio 4 series I’m Sorry I Haven’t a Clue, paid tribute to Tim, saying: ‘It has come as devastating news to hear that has succumbed to this dreadful virus – especially when we all thought he was recovering.

‘Tim was a delightful man and never anything but great company. It has always been one of the great joys of my career to work with someone who was part of the comedy landscape of my childhood.

I can’t bear the thought of introducing ‘I’m Sorry I Haven’t A Clue’ without being able to say ‘And on my right, Tim Brooke-Taylor…’

‘He was a proper team player, very generous as a performer, never egotistical and always more than delighted to set himself up as the butt of the joke.

‘For me, his great comedy gift was playing the injured innocent and he did it with brilliance and a characteristic lightness of touch.

‘It’s always heartbreaking to lose a loved one, but these times have created the cruellest of circumstances for that to happen in and my thoughts are with his wife Christine and all his family.’

Comedian Rory Bremner wrote that Brooke-Taylor’s modesty “belied a huge legacy in British comedy. I queued as a schoolboy in Edinburgh to get my Goodies Album signed, and can’t believe 40-odd years later we were doing Clue together in January.”

Brooke-Taylor, born in Buxton, Derbyshire, had been part of British comedy since he was an active member of the Cambridge Footlights, with John Cleese, in the early 1960s. During the 1970s, he became a comedy superstar alongside Garden and Bill Oddie with their surreal show The Goodies.