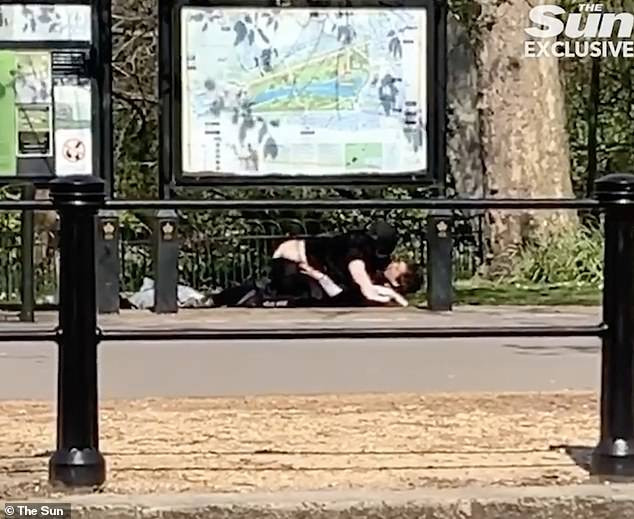 A couple were caught having sex just a stone’s throw away from Buckingham Palace amid the Coronavirus lockdown.

According to The Sun, the couple were seen having sex in London’s sun-soaked St James’s Park, just metres away from Birdcage Walk, as shocked onlookers walked past on Saturday afternoon.

[READ ALSO] : Woman in life agony has she loses her entire family to Coronavirus within three days [photos]

The pair, who were spotted by two police officers on horseback were only issued a verbal warning about the government’s social distancing guidelines. 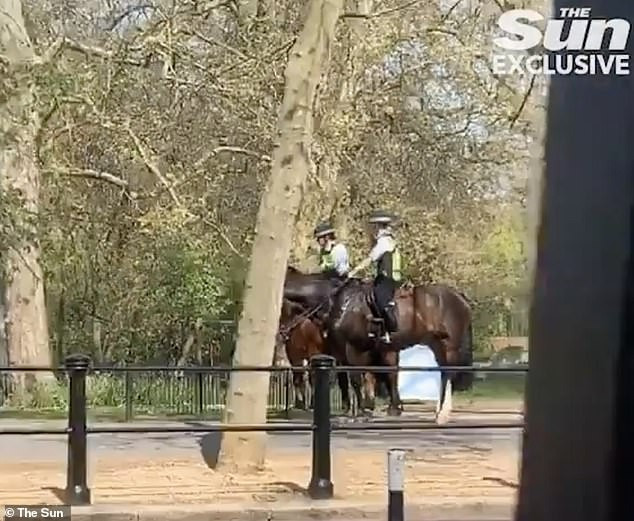 The anonymous cyclist who filmed the incident told the paper: ‘The Queen would have been outraged — they were at it like rabbits in the shadow of Buckingham Palace.’

The cyclist continued: ‘Families and joggers went past as they went at it but they didn’t give a damn who saw them.’

The cyclist added: ‘I was surprised nothing was done during lockdown because they were clearly very close to the pavement.’

Confirming the incident, a Metropolitan Police spokesperson said: ‘At around 12.50hrs on Saturday 11 April mounted branch officers on routine patrol in central London encountered a man and a woman who appeared to be having a picnic on Birdcage Walk, SW1, in central London.

‘Officers engaged with the pair and spoke to them to remind them of the current government guidance, including around social distancing, and advised them to return home. The officers did not observe any sexual activity taking place.

‘The individuals involved explained that they were homeless and the officers then gave them advice to signpost them to a third party agency that they could contact about seeking shelter.’