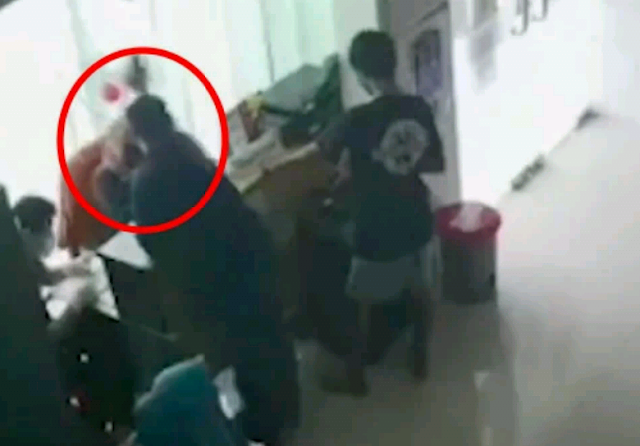 A 43-year-old security guard was arrested on Saturday after he was caught on CCTV camera slapping a nurse at a clinic in Semarang, Central Java, Jakarta, Indonesia.

The video, taken on Thursday, shows the man arguing with the nurse identified as HM who was behind the reception counter of DWI Puspta East Semarang Clinic, after she reportedly asking him to wear a face mask in accordance with the clinic’s policy on the COVID-19 pandemic.

Instead of complying, the man slapped HM in the forehead. Speaking to local media Kompas, the nurse said she was merely reminding him of the clinic’s policy.

“The man took his child in for observation … We reminded him that face masks are mandatory, and that the doctor won’t see anyone without a mask. He couldn’t accept it and he got angry,” she said, adding that he also threatened to slit her throat before eventually walking out of the clinic without having his child checked.

HM and the clinic reported the security guard to the police, leading to his arrest on Saturday. Police said that the suspect, who works as a security guard at an elementary school, has been charged with assault, for which he may face up to two years and eight months in prison. 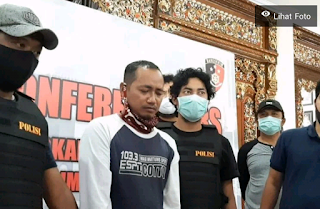 During a press conference held by Semarang Police on Sunday, the suspect said that he his regret for slapping the nurse.

“I was confused because I wanted my child to get checked out for a fever and a cough, but I was told to wear a mask,” he said. “I only knocked the nurse in the face. I did

Watch the video below:-