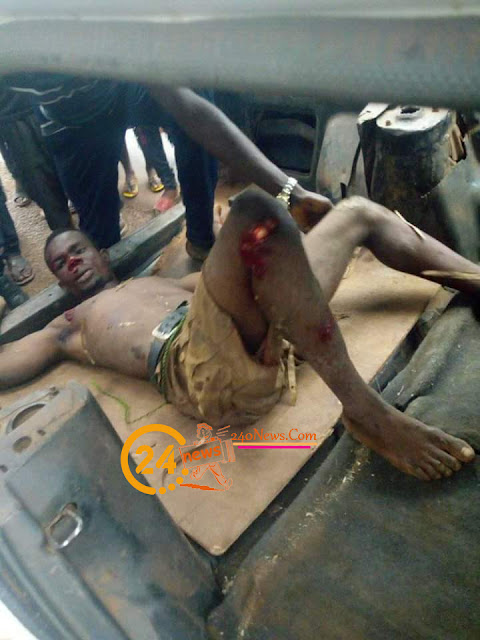 One person was reportedly killed on Sunday morning while several others were injured and many houses burnt in a renewed clash between two families of Mbapen clan in Taraku town of Gwer East Local Government Area in Benue State.

It was gathered that the deceased victim identified as Tseaa Wanpera was a director in the services of the state government in the ministry of arts and culture.

It was also learned that the whereabouts of one person remains unknown following the deadly clash, which constitutes an age-long crisis reignited as a result of land dispute between two households (Aku and Mon) that are great grandchildren of Mbaakemcha, in Mbapen Clan.

Mbaakemcha is one of the Tiv communities inhabiting Taraku, a bustling rural town of about 15-minutes’ drive to Otukpo, headquarters of Idoma kingdom.

[READ ALSO] : #Lagosunrest : Residents of Lagos take to the street defend themselves against robbers amid lockdown over Coronavirus [videos/photos]

A witness told Daily Trust correspondent on phone that the unsettled dispute escalated overtime to such extent that the brothers were usually on war path, a development which had prompted the police to mount regular surveillance in the vicinity.

The witness added that fresh trouble began to brew at the weekend when one of the warring factions allegedly hired some mercenaries to unleash terror on the family of the deceased who had travelled home from his Makurdi base to attend his elder brother’s burial ceremony.

The witness further explained that the attackers seized the opportunity of the funeral rites to allegedly launch gun attacks on few mourners left at home after the burial of their family’s patriarch in the early hours of Sunday, setting the deceased (Tseaa Wanpera) ablaze in the process.

“His (Wanpera) in-law was shot while one Mr. Iorahom is still missing. Many houses were also set ablaze in the affected area and still in flames as we speak,” the local eyewitness said.

Another villager who witnessed the crisis however said the police arrived the scene of the incident and that there was palpable tension in Taraku town, asserting that “All businesses have been closed since Saturday when the first sign of trouble manifested,” he said.

Spokesperson of the State Police Command, DSP Catherine Anene, who confirmed the crisis said she was yet to receive any death report.

“Houses were set ablaze but I have not received any death report. Victims are receiving treatment.” she added.