Illicit drugs worth weighing 20,000 kilograms and worth over N50 billion have been intercepted by the National Drug Law Enforcement Agency, NDLEA, in the Federal Capital Territory, FCT Abuja 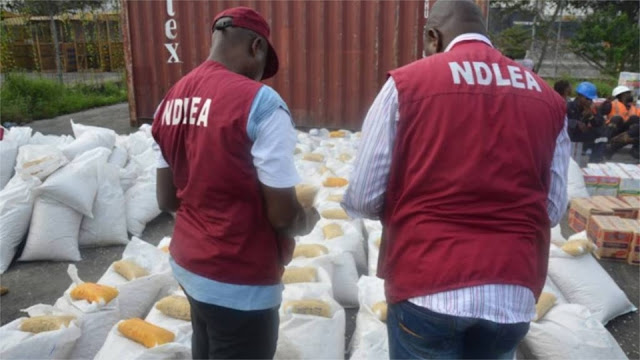 The NDLEA chairman, Brig.-Gen. Buba Marwa disclosed this while speaking during the burning of the illicit drugs publicly in the nation’s capital, revealing that the agency was experiencing a resurgence and was being retrofitted to operate at full capacity as the battle against illegal drugs continued.

Marwa who was represented by the Secretary of the agency, Bar. Shadrach Haruna said the sheer size of the drugs destroyed was a reminder of the magnitude of the drug problem in the country.

President Muhammadu Buhari had inaugurated the War Against Drug Abuse (WADA) campaign of NDLEA on June 26.

Marwa said President Buhari had declared that WADA should not just be a slogan, but a call to civil action by all Nigerians.

He said the public destruction of 20 tons of illicit drugs and substances, further buttresses that call to action.

“To be destroyed here today is approximately 20,000 kilograms of illicit drugs valued at over N50 billion.

“The remaining kilograms, seized at the Nnamdi Azikiwe International Airport Abuja, (NAIA) comprised 173 kilograms of cocaine, 36 kilograms of heroin, 93 kilograms of ephedrine, 60 kilograms of methamphetamine, 58 grams of cannabis, 219 grams of Rohypnol and 150 grams of Tramadol,” he said.