But for Pique, who came through Barcelona’s La Masia academy, Messi’s presence is hugely missed all around the club, describing it as ‘very hard’. 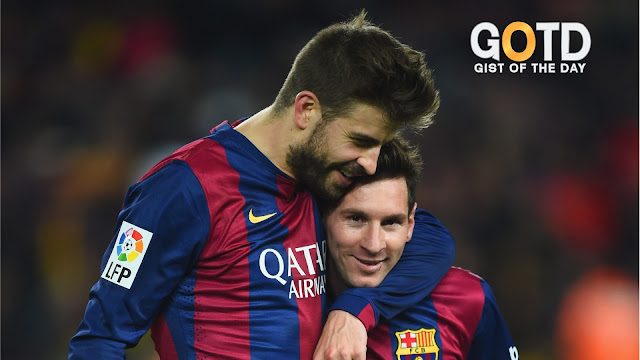 Gerard Pique, the Barcelona defender, has opened up on the void in the club’s dressing room following the departure of Lionel Messi.

Messi left Barcelona for Paris Saint-Germain in the summer transfer window after the Catalan club failed to extend his contract due to LaLiga regulations.

In PSG, the 34-year-old has reunited with Neymar, a close friend, and formed a strike partnership alongside Kylian Mbappe, (MNM).

But for Pique, who came through Barcelona’s La Masia academy, Messi’s presence is hugely missed all around the club, describing it as ‘very hard’.

“I have shared a dressing room since I was 13 years old, he [Lionel Messi] is almost like a brother, and it was very hard on a sporting and personal level,” Pique told Spanish television show El Homiguero.

“This year, things have not started well in part because the best in history has left us.”

Meanwhile, Barcelona recently appointed Xavi, a club legend, as their new manager after sacking Ronald Koeman in October due to poor results.

Xavi’s men currently sit in the seventh position on the LaLiga table with 23 points after 14 matches.

They will host Real Betis in a LaLiga tie this weekend.