AJ said his resounding defeat is at the forefront of his mind as he plots a return to the summit of the division. 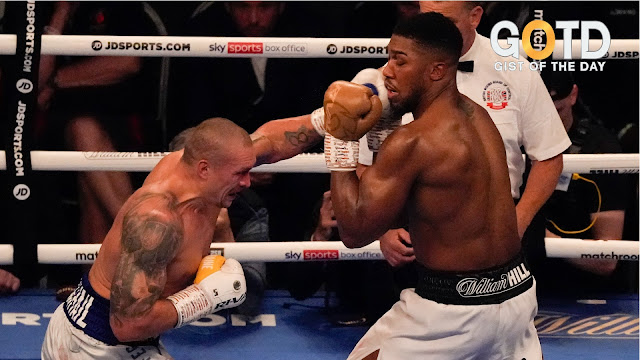 Anthony Joshua has admitted that he is still not over his loss to Oleksandr Usyk because it’s the first thing on his mind when he wakes up in the morning as the dethroned heavyweight looks forward to their rematch.

Joshua, 31, was outclassed by the wily southpaw in September, with Briton having no answer for Usyk’s superb footwork and technical skills on a frustrating night in North London.

The former WBO, WBA, IBF, and IBO champion opted to take an immediate rematch with the newly-crowned king, despite some fans and pundits telling him he has little chance of turning things around.

AJ said his resounding defeat is at the forefront of his mind as he plots a return to the summit of the division.

‘A lot of times I wake up in the morning and the fight and fighting is on my mind,’ he told iFL TV. ‘After the fight, you sleep on it.

‘You sleep on it after the fight and then what happens is you wake up on it and I’m waking up on it and it’s the right thing because you’ve got to use it as fuel for the day.

‘That one made me think a lot and I could go on but I just care, I actually care. I don’t think, ‘eh, it’s a loss’. I actually deeply care.’

AJ vowed to apply destructive power to reclaim his titles next year.

‘The referee might get thrown on the floor in the next fight because this is war. It’s just straight war, I’m annoyed. I’m boiling up even speaking about it – it’s that passion to win.’