The PUNCH reports that the students of the Lagos State University have said they will embark on the Walk of Peace proposed by the Lagos State Governor, Babajide Sanwo-Olu. 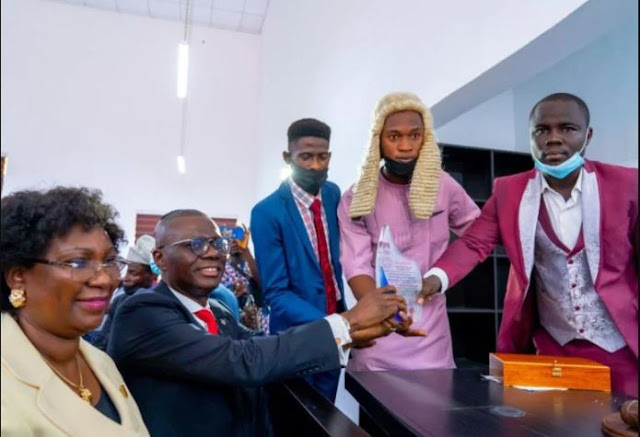 President of the Student Union Government, LASU, Comrade Oladipupo Uthman Badmus, said this when the governor visited the school on Thursday.

Sanwo-Olu who inaugurated a new Students’ Arcade at the school was welcomed by the SUG President, Speaker of the Students Union Representatives, Rt. Hon. Mustapha Adejuwon, and hundreds of students.

The students who commended Sanwo-Olu’s giant strides in the state, especially in the education sector, said they would embark on the walk with the governor for peace and prosperity of the state.

The Walk of Peace which, according to Sanwo-Olu, will “herald the healing of the land,” will likely have in attendance some notable members and activists of the EndSARS campaign.

The Commissioner of Police, Hakeem Odumosu and Commander of Rapid Response Squad, CSP Yinka Egbeyemi, will also embark on the walk.