Madonna has fired back at 50 Cent after he mocked an explicit photo she posted on her page. 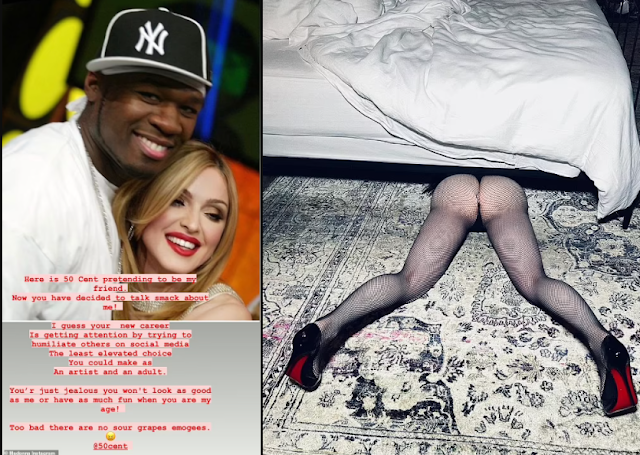 In the picture, Madonna sported fishnet stockings and was spread in and under a bed. The initial set of photos were deleted because one image showed her nipple. 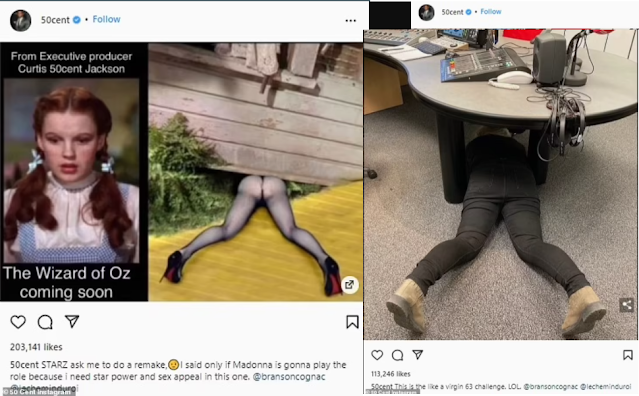 On Thursday night, the Pop Queen, 63, shared a 2003 photo of herself posing alongside the rapper, 46, calling him out for attacking her online.

She accused 50 Cent of being jealous of her before telling him that he won’t “Look As Good” as her.

‘Here is 50 Cent pretending to be my friend,’ the Material Girl wrote in text overlapping the image. ‘Now you have decided to talk smack about me!

‘I guess your new career [is] getting attention by trying to humiliate others on social media [the] least elevated choice you could make as [an] artist and an adult,’ she said. ‘You’re just jealous you won’t look as good as me or have as much fun when you’re my age!’

Madonna added, ‘Too bad there are no sour grapes [emojis].’ 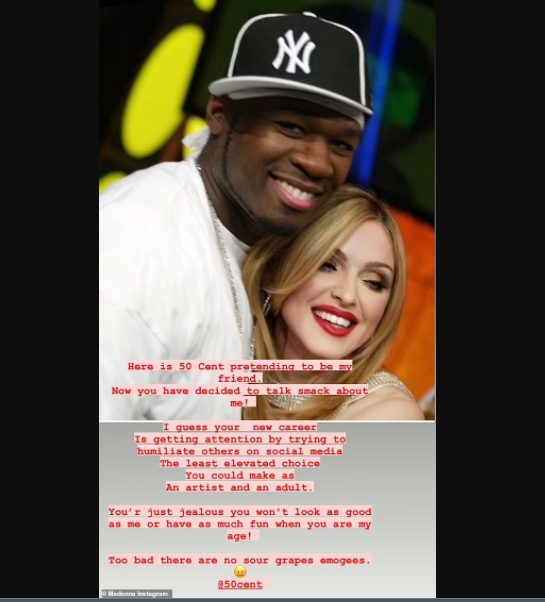