The court of Appeal sitting in Akure, Ondo state has set aside the judgment of the Ondo State High Court that sentenced the founder of the Sotitobire Praising Chapel, Prophet Alfa Babatunde, to life imprisonment over a missing child. 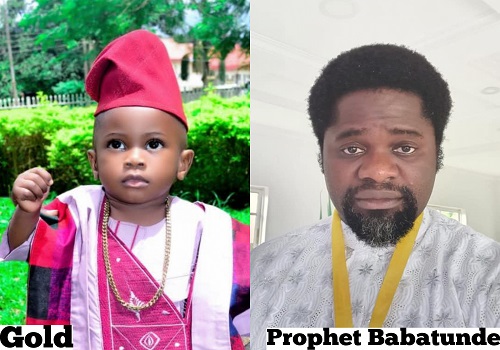 Recall that the Ondo State High court had on October 6, 2020, sentenced the Prophet to life imprisonment over the disappearance of one-year -old boy, Gold Kolawole, in his church in 2019.

The clergyman then approached the Appeal court to quash the verdict of the High court.

Delivering judgement today, the Appeal court ruled that the circumstantial evidence the high court based its judgment, is not enough to convict him.

He was therefore discharged and acquitted

Gold, who has not been seen till date, was brought to the church service by his parents but was never seen again. Prophet Alfa’s church was subsequently razed down by a mob.