The officer allegedly tried to extort the man today, Dec. 3, and when things didn’t go his way, he shot him. 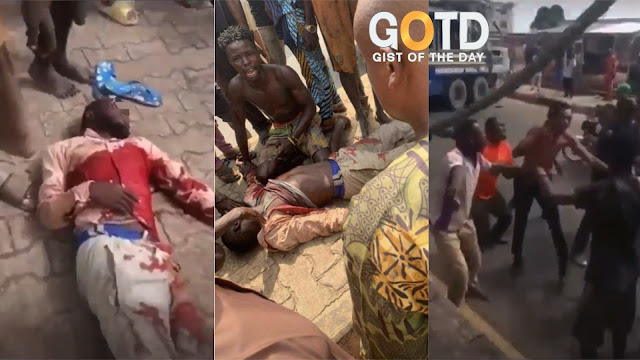 A young man has died in Otaefun, Osogbo, after allegedly being shot by a man said to be a SARS official.

However, Osogbo residents claim the unit is still operational in Osun State.

Today, a young man was allegedly shot dead by an officer said to be from the unit.

The officer allegedly tried to extort the man today, Dec. 3, and when things didn’t go his way, he shot him.

A video shared online shows the body of the deceased, lying on the road, with blood all over his shirt and trousers.

Angry locals are seen holding the officer who allegedly fired the fatal shot.

The officer was stripped of his shirt and beaten by locals while the deceased lay feet away.

Twitter users are calling for justice and asking why SARS is operational in Osogbo. 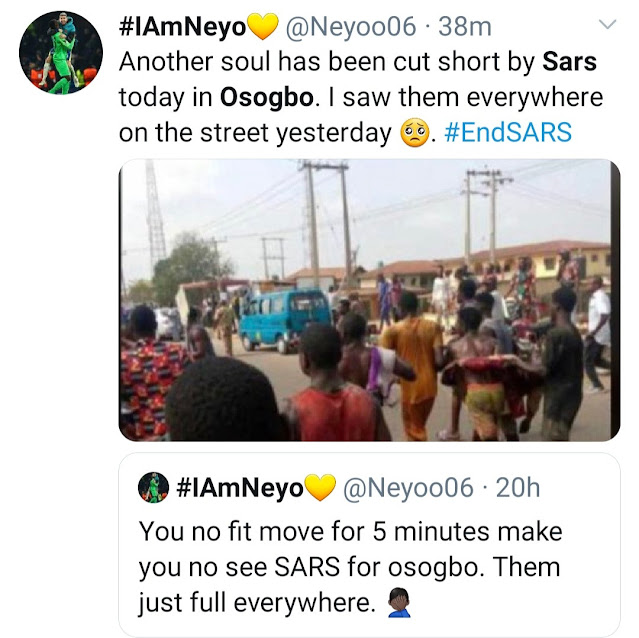 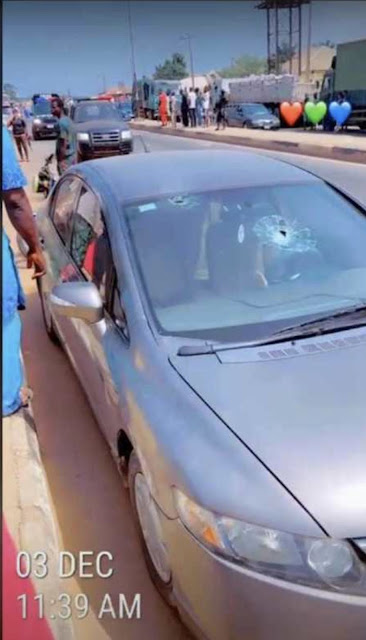 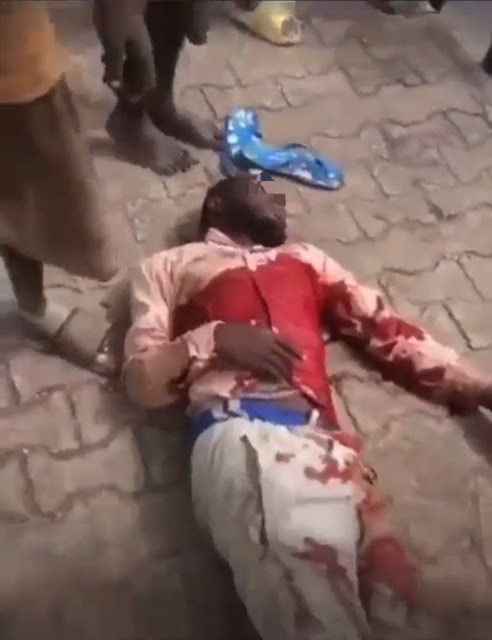 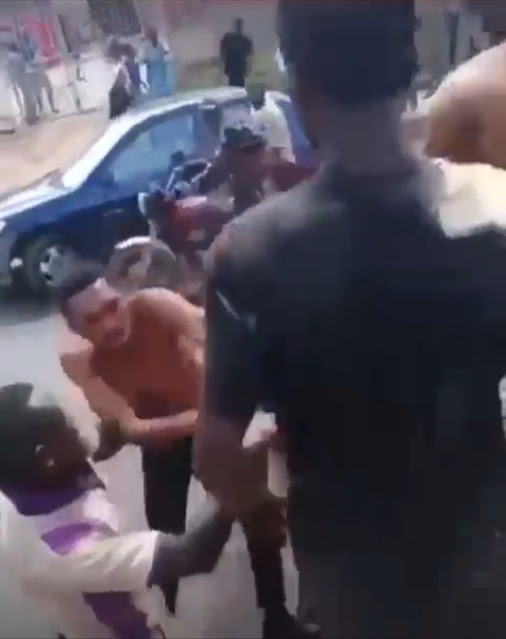 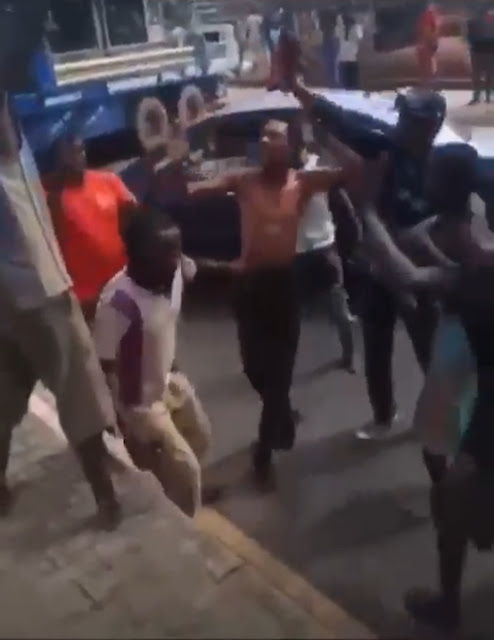 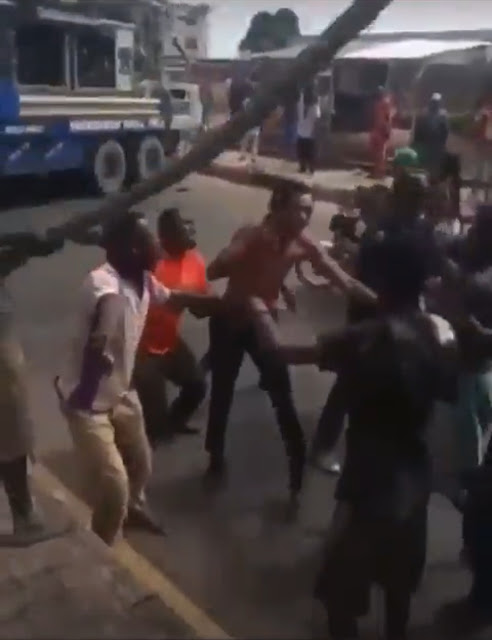 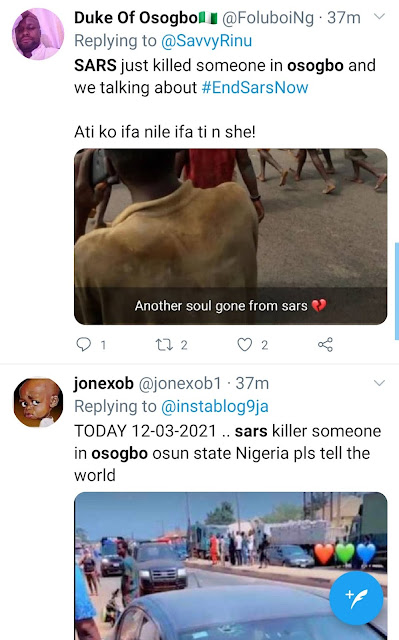 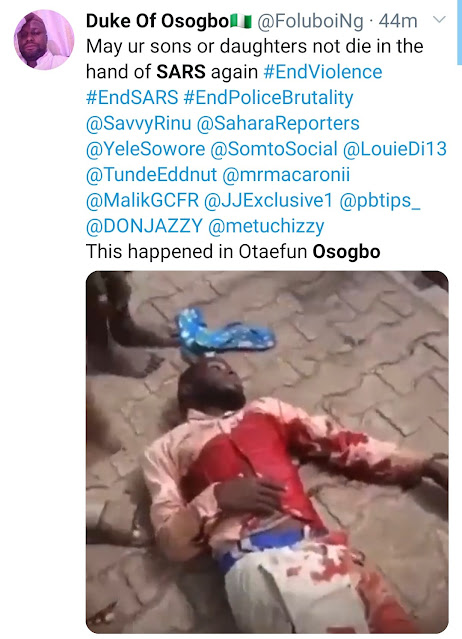 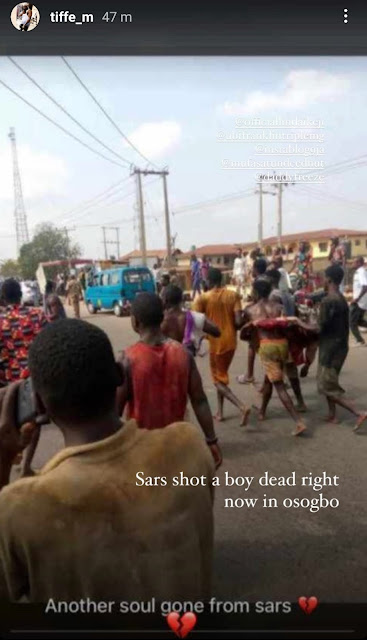 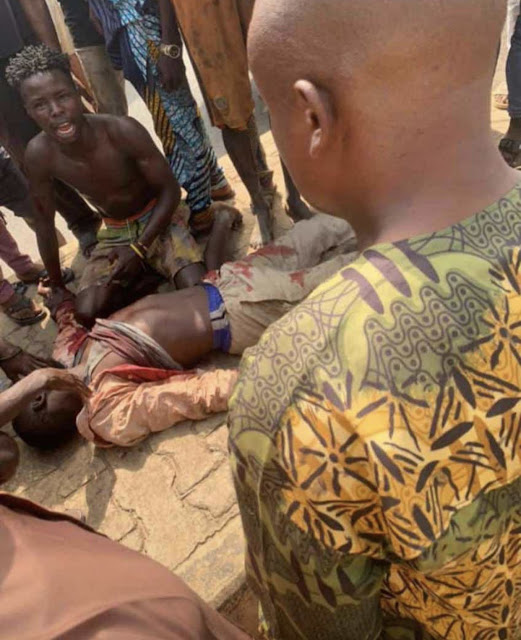 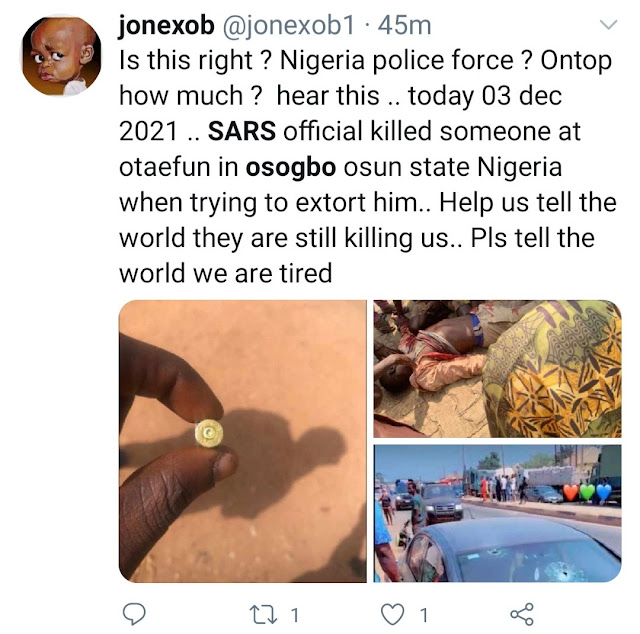 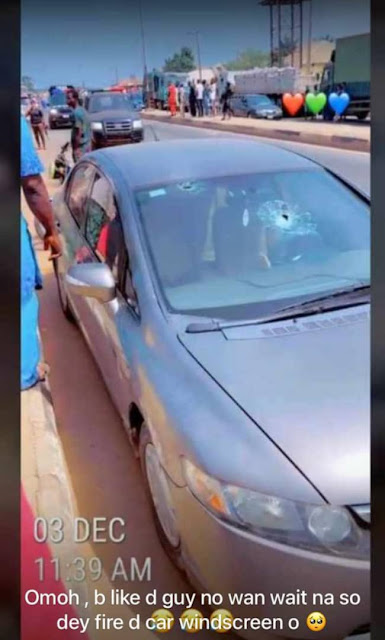 Watch the Video Below: