Joel Osteen, pastor of Lakewood Church, America’s largest church has been questioned by police after ‘bags and bags’ of cash and checks were found in about 500 envelopes in a bathroom wall at the church. 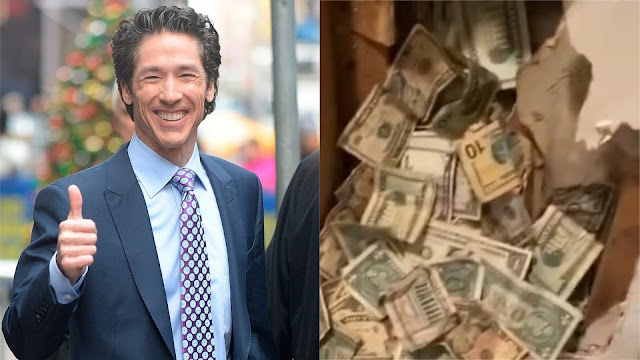 A plumber, known as Justin, who worked at the church called into a Houston radio morning 100.3 The Bull show to tell them about his shocking discovery, which comes barely seven years after about $600,000 in donations were stolen in the church and haven’t been recovered. 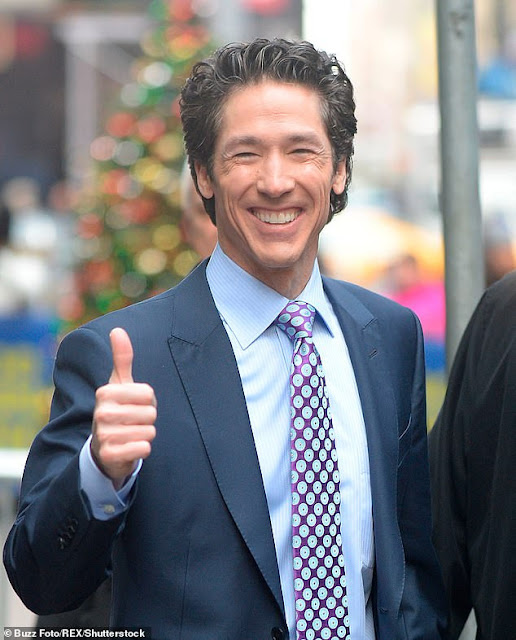 Justin said he was called in to Lakewood Church, on November 10 to fix a broken toilet. 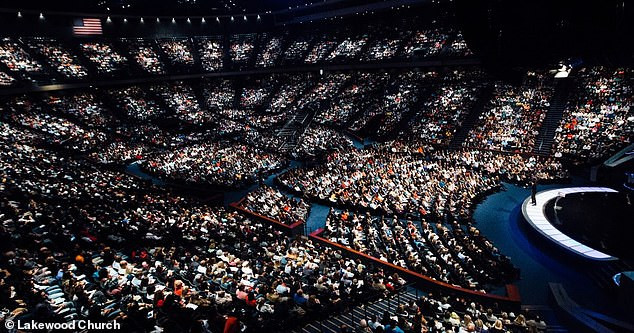 ‘There was a loose toilet in the wall, and we removed the tile,’ he explained during the call Thursday morning, December 2..

‘We went to go remove the toilet, and I moved some insulation away and about 500 envelopes fell out of the wall, and I was like ‘Oh wow!” 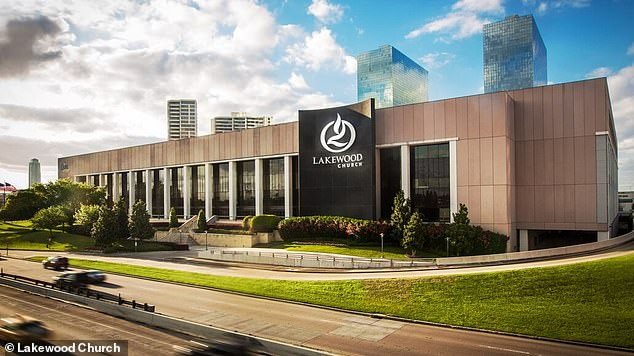 Houston police say that cash and checks were found in the wall, and that they talked to ‘everybody associated with the building’ they were able to contact.

In 2014, $600,000 worth of donations were stolen from the church. The amount was a portion of donations made from one weekend of services and it has never been found.

Justin told the radio show that he informed the church’s supervisors and had to wait at the church for almost seven hours after his discovery.

‘Recently, while repair work was being done at Lakewood Church, an undisclosed amount of cash and checks were found. Lakewood immediately notified the Houston Police Department and is assisting them with their investigation.

‘Lakewood has no further comment at this time,’ a spokesperson for the church told DailyMail.com.

Lakewood Church welcomes about 52,000 attendees across multiple services per week, and its services are streamed worldwide.

Osteen, 58, the televangelist megachurch pastor, is estimated to be worth $50 million.