The police in Ogun state have arrested Dare Adegoke, the head of crediting and marketing with a microfinance bank in Abeokuta, the state capital, has been arrested for working with an armed robbery syndicate to carry out attacks in the state. 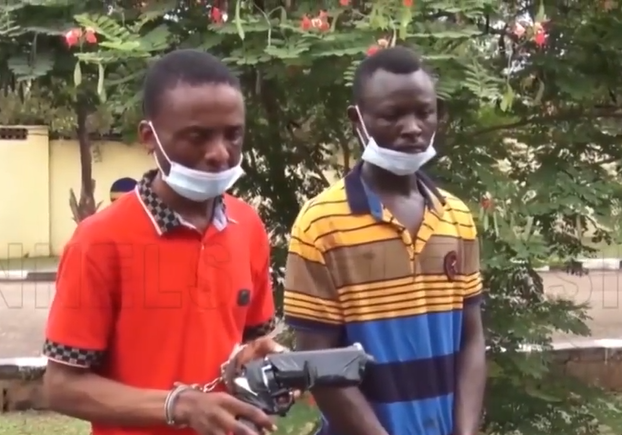 Speaking on the crime committed by Adegoke and one other suspect, the state police public relations officer, DSP Abimbola Oyeyemi said

”Our men at Ibara divisional headquarters received a distress call that some people who went to a commercial bank to withdraw certain amount of money were being attacked by armed robbers. The DPO in Ibara mobilised his men and they went after the hoodlums.

With the help of some members of the public, one of the armed robbers was apprehended.

Apparently, Dare connived with an electrician to carry out the robbery when he had gone to make withdrawals from the commercial bank for his employer.

When interrogated, Dare who was crying, said he ventured into crime because of the money he lost from a wrong investment he made.

”I am a person of Character. People know me.

I used to do online investment. I lost my money to it and together with the money I borrowed from people. I was scared. Nobody to talk to”

His accomplice when interrogated said Dare offered to pay him N100, 000 for the operation.

”He invited me to fix electrical appliances in his new home. When I got there, he introduced robbery to me. I told him I had never done such a thing before in my life. He assured me nothing would go wrong. He promised to give me N100, 000.”he said 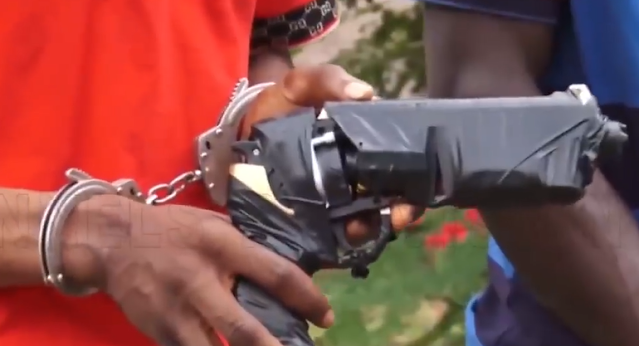 Dare’s colleague, a female, who was with him when they went to make the withdrawal from the bank said she noticed during the attack that the gun wielded by the said armed robber was sellotaped. She also mentioned that Dare has been a person of enviable character in their office. According to her, he was always involved in their morning devotions and encouraged everyone greatly.

The police say both men would be charged to court soon.