Six people have been confirmed dead and two others are in critical condition, after a police officer went on a killing spree in Kabete, Nairobi county, Kenya. 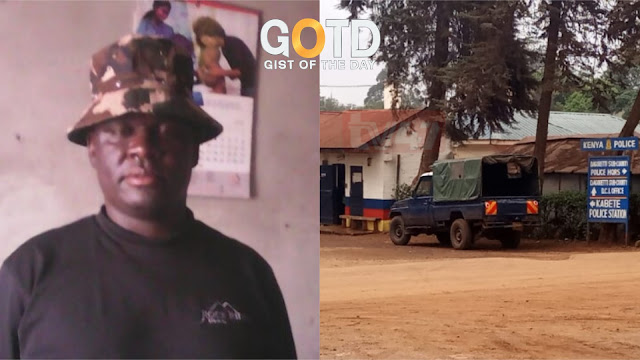 In the incident that occurred at 3am, on Tuesday, December 7, Constable Benson Imbasi, who later committed suicide by turning the gun on himself, had first killed his wife by shooting her on her neck, before he walked out of his house and started shooting at innocent members of the public frenziedly.

According to a statement by the Directorate of Criminal Investigations, DCI, the cop gone rogue who was wielding an AK-47 assault riffle, also killed three young men and a boda boda rider at N market within Kabete.

The three men whose identities are yet to be established, were mourners who had just attended a funeral preparations meeting for one of their beloved at mountain view, before they were accosted by the rogue officer.

After killing the three, the cop then turned his riffle at two boda boda riders, one of whom lost his life while undergoing treatment at the Kenyatta national hospital. The boda boda rider had woken up early to first deliver loaves of bread at different shops which was his side hustle, before embarking on his daily routine of ferrying passengers.

Speaking to DCI, the security manager of Makini Security Services, Purity Cheruiyot,  recounted how she received a call from one of her security guards at J heights apartments, informing her of the incident.

“I was called by one of my juniors deployed at the apartments, who told me that there was a loud bang coming from one of the houses followed by a huge fire,” said Purity.

The security manager who immediately alerted police officers based at Kabete police station, also rushed to the scene where the lifeless body of a woman only identified as Carol was found.

Together with her colleagues, Cheruiyot rushed the two injured boda boda riders to Eagle hospital in Kangemi, where they received first aid, before they were later transferred to Kenyatta national hospital for specialized treatment.

Police have recovered an AK-47 rifle with four rounds of ammunition and four empty cartridges.

It was not immediately clear what sparked the officer’s actions, however, Standard Digital said that it was a case of love triangle gone wrong.

Meanwhile, demonstrations are currently ongoing in the Kabete area as express their anger over the fatal shootings. 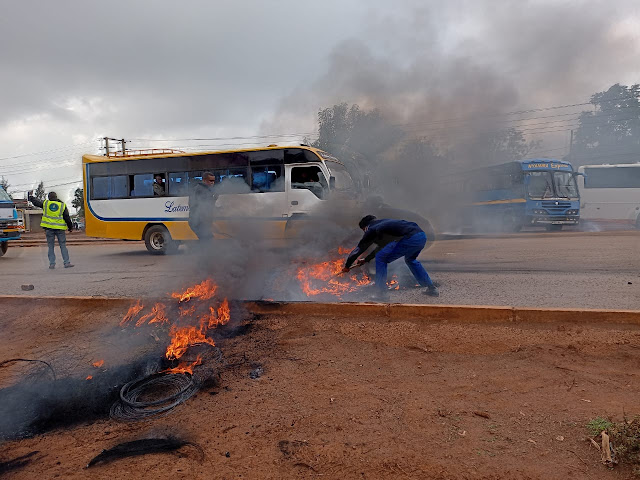 The residents including Boda Boda riders barricaded the Kangemi area as some lit bonfires on the roads.