More than 40 camels have been disqualified from a Saudi beauty pageant after dozens of the animals were given Botox, facelifts and muscle-boosting hormones. 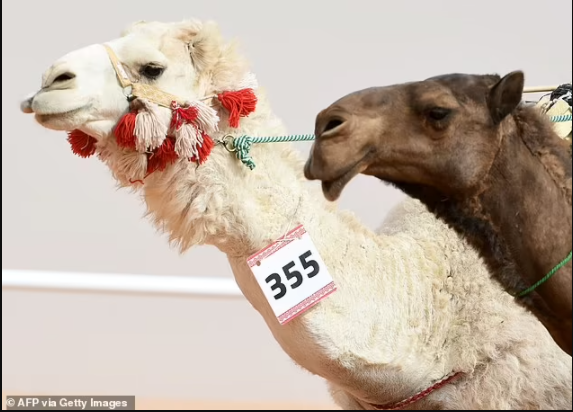 The animals were booted out of the competition in one of the biggest ever crackdowns at the Abdulaziz Camel Festival where breeders compete for some £49 million in prize money.

Judges at the festival, hosted in the desert northeast of the capital Riyadh, said this year they are using ‘specialised and advanced’ technology to detect nip and tuck. 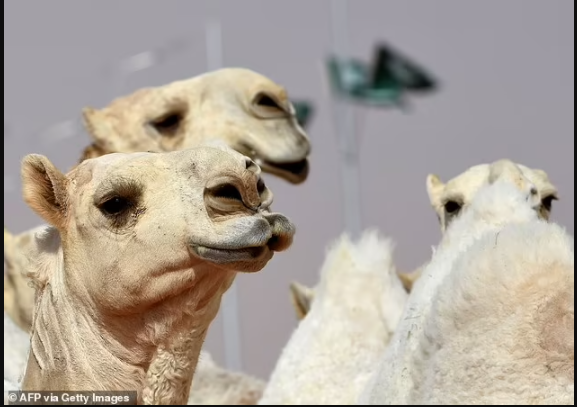 According to their findings, cheaters use cosmetic procedures to dupe the judges who hand out prizes based on the shape of the camels’ heads, necks, humps, dress and postures.

This year, authorities discovered dozens of breeders had stretched out the lips and noses of camels, used hormones to boost the beasts’ muscles, injected camels’ heads and lips with Botox to make them bigger, inflated body parts with rubber bands and used fillers to relax their faces.

‘The club is keen to halt all acts of tampering and deception in the beautification of camels,’ the Saudi Press Agency said on Wednesday, adding organisers would ‘impose strict penalties on manipulators.’

Not only is the treatment unfair on other breeders, but it risks leaving the camels with horrific injuries.

Back in August, footage went viral of one camel with ruptured lips after it was pumped full of Botox for another Saudi beauty contest.

The extravagant event seeks to preserve the camel’s role in the kingdom’s Bedouin tradition and heritage, even as the oil-rich country ploughs ahead with modernising mega-projects.

Camel breeding is a multi-million-pound industry and similar events take place across the region.