Kingsley Odimegwu, a Nigerian man, has lost N2.5m during s*x romp with a lady, who allegedly induced him into deep sleep. 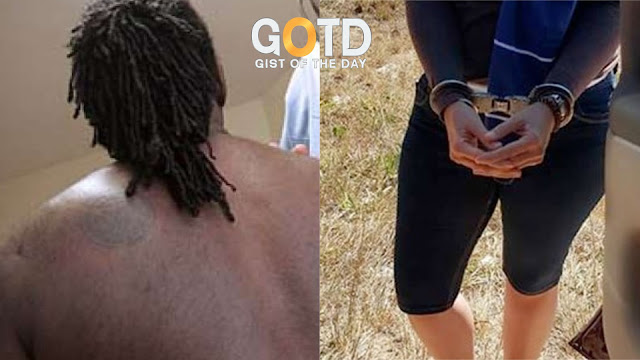 She carted away his iron saving box containing the money inside his apartment in Lagos State after inducing him to sleep.

P.M.EXPRESS reports that the incident happened at Taiwo Street, Mafoluku area of Oshodi, where the victim, Odimegwu resides and invited the lady, Foluke Olubu Giwa.

Police operatives from the Commissioner of Police’s Special Squad have arrested the 32-year old, Foluke Giwa, and charged her for stealing.

According to Police sources, the victim engaged the lady in question in over night sex romp for an undisclosed fee, which they agreed on. However, during the romp, which lasted for several hours, Odimegwu went into a deep sleep. The lady, Foluke, woke up early in the morning, carted away the box containing the money and escaped.

When Odimegwu eventually woke up, he discovered the box was no longer in the place he had kept it and the lady has absconded.

The matter was reported to the Police, who trailed Foluke, eventually arrested and detained her at the Command for interrogation.

After thorough interrogation, the Police found her culpable and subsequently charged her before the Ogba Magistrates Court for stealing, which attracts several years of imprisonment if she is tried and found guilty before the Court of Law.

When arraigned, she pleaded not guilty.

The prosecutor, Mr. Christopher John, then asked the Court to give a short adjournment to enable the Police to prove that she actually committed the alleged offence.

The Presiding Magistrate, O.M. Whenu, granted her bail in the sum of N500,000 with two sureties in like sum.

She was remanded in correctional centre at Kirikiri town, Lagos pending when she will perfect her bail conditions while the matter was adjourned till 10th January, 2022, for mention.