Nollywood actress Eniola Badmus has sparked reactions from her colleagues and fans as she continues sharing photos of her new body amidst criticism. 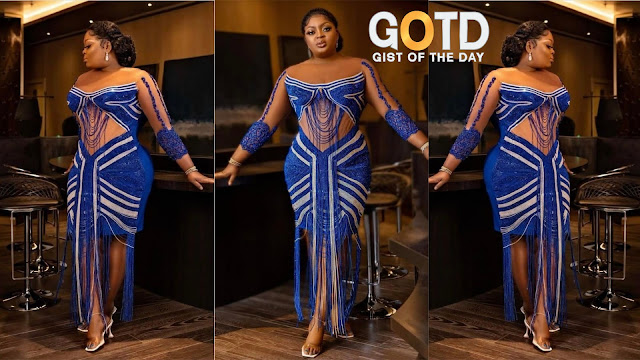 Eniola Badmus took to her Instagram page to share some breath-taking photos of her dazzling in a blue dress, her hair on fleek with nice makeup.

The beautiful actress is yet to open up on undergoing surgery but has continued to share her new photos, with fans speculating that she worked on her body and gushing over her new look.

Reacting to her new photos, her colleague, Iyabo Ojo, Sindodo Tayo, and her fans shared beautiful and fire emojis on her comment section.

While Sindodo Tayo urged Eniola Badmus to take a break on the photos shared online, Iyabo Ojo insinuated she is emitting so much heat.

iyaboojofespris wrote: This is too much, baddo, sorry babe you’re on fure

flawless_neema wrote: Omg you look amazing I love how far you have come and how dedicated you are about your body

Kemi Filani News recalls that there were reports making rounds that the Eniola Badmus visited Turkey recently for surgery.

The screen goddess visited a cosmetic surgery hospital in turkey where she had a good percentage of her tummy removed and waistline adjusted and small touches in other areas.

The Doctor who is good at what he does didn’t make it so obvious and the new Eniola still looks breathtaking especially the belle area. 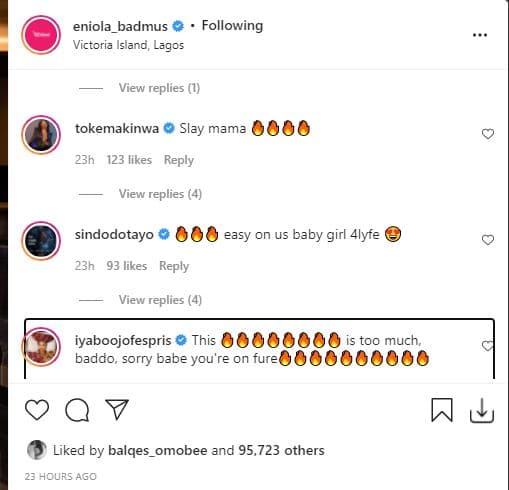