Three school children have died after a vehicle conveying them home collided head-on with an overtaking car. 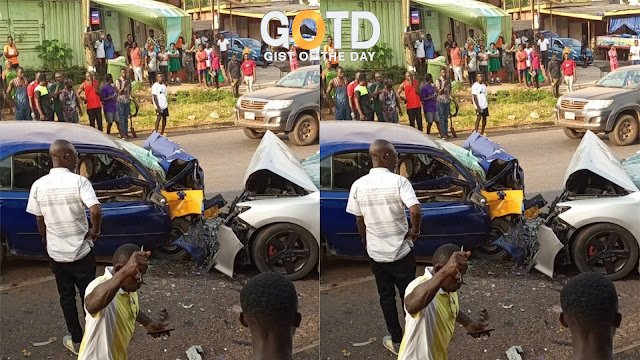 The three deceased children have been identified as Jerry Quartey, Osten Kwaku and Albert Odame Sarfo, all 7 years.

Starr News has gathered that the incident occurred Tuesday, December 7, 2021, at about 4:30 pm when an Almera Taxi Cab with registration number GS 5736-09 carrying the twelve (12) school children and driven by Atiemo Erasmus collided head-on with an unregistered Toyota Camry driving by suspect Penry Boahen, 24, who engaged in wrong overtaking upon reaching Mampong Akuapem from Akropong direction.

Occupants on both vehicles including the school children and both drivers sustained serious injuries and were rushed to Tetteh Quarshie Memorial Hospital.

Three of the children were confirmed dead while two were quickly rushed to Korle Bu Teaching Hospital and Ridge Hospital in Accra.

Parents of the victims have since been trooping to the Tetteh Quarshie Hospital in anxiety after hearing the accident. 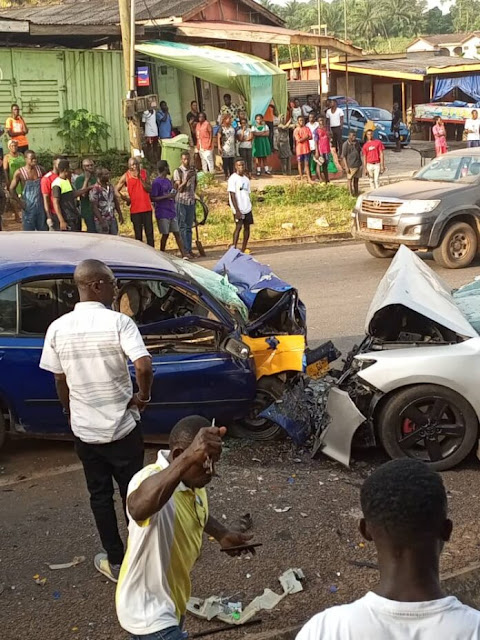 This resulted in near chaos and stampede as parents and family members were forcing their way to the wards to see their children.

He, however, said the two suspect drivers will be arrested to assist investigation when discharged.

The two vehicles have been impounded and towed to the Police station for testing.