A boy whose ordeal moved Nigerians after it emerged that he was chained with livestock and starved by his family for two years, has been rehabilitated and handed over to his parents. 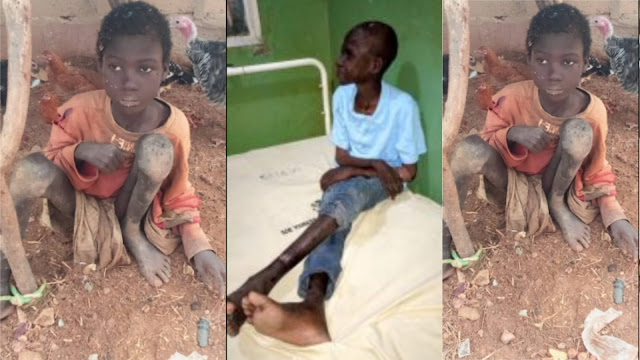 Jubril Aliyu, who has Down Syndrome, was chained for two years by his father, Mallam Umar Aliyu  and his stepmother after visits to several native doctors to treat his condition yielded no result.

He was kept where the family keeps livestock and was starved. It was also discovered that he was forced to eat animal food, without water, and sometimes ate his own faeces as the only means of survival.

When he was found, he was so skinny and could barely walk or speak. 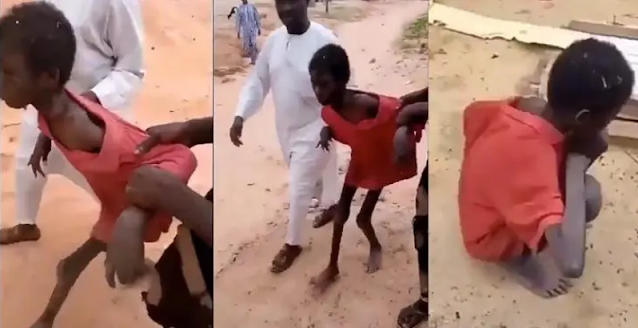 He was taken to a hospital and his father was charged to court.

After 15 months of rehabilitation, he has now been released to his parents by the authorities of the Sir Yahaya Memorial Hospital, Birnin-Kebbi, Kebbi State.

Chief Medical Director and Permanent Secretary in charge of Sir Yahaya Memorial Hospital, Dr. Aminu Haliru Bunza, said over 20 medical specialists attended to the boy while living in the hospital.

According to him, the boy is now well rehabilitated and the state government has taken good care of him. Dr. Bunza assured that the state would sustain the relationship and assistance to the boy, saying that there were plans to continue to take care of his health and well-being.

He said: “We are, today (Dec. 8), handing over the child, known as Jibril to his parents, after staying with us from August 10, 2020, to date. When he was brought in, about 15 months to Sir Yahaya Memorial Hospital, the child was in a very pathetic situation.

“During the course of his stay at the hospital, we were able to rehabilitate him, take good care of him, physically, nutritiously and mentally.

“While in the hospital, the boy was seen by over 20 different medical specialists of different medical fields, those we have here,  some came from University College Hospital (UCH), Ibadan, Lagos University Teaching Hospital (LUTH) and other facilities outside the country to ensure that he is in  good health condition.”

“A team of medical specialists will be visiting him in their new home and see him and how he is doing.

“As part from continued medical support, the boy is also insured by the Kebbi State Contributory Healthcare Management Agency (KECHEMA), he will from today be taken care of until he reaches maturity.”

The boy’s father, Mallam Aliyu Umar, thanked the state governor for supporting his son and bringing him back to normal life.

He said: “We can only say, may Allah bless him and his family abundantly.”