Dani and her friend were at Munno Para shopping centre in Adelaide, Australia, when they saw a few trolleys and thought it would be fun to push each other around. 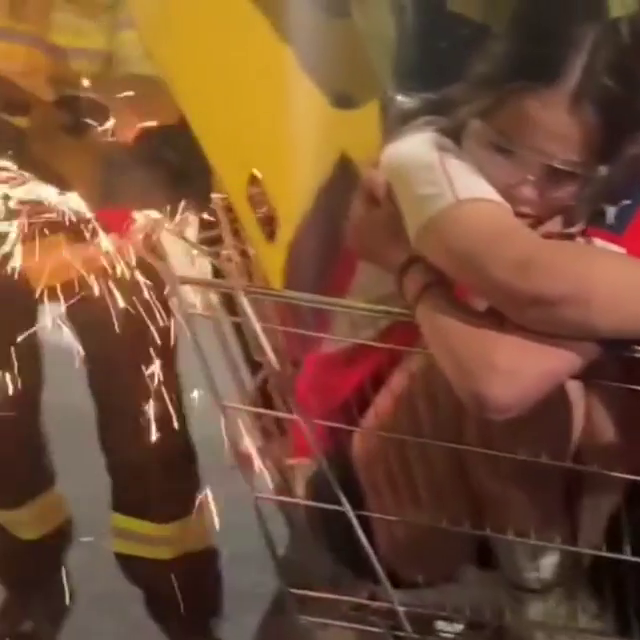 “I told my friend to get up as she was sitting on my legs. She said she couldn’t move and then I tried and couldn’t move either so that’s when we realised we were stuck in this trolley,” Dani said.

The girls became stressed and called 000, the firefighters eventually had to cut the girls out of the trolley.