A lady suffered an embarrassing moment after sharing a photo of herself in a hotel room. 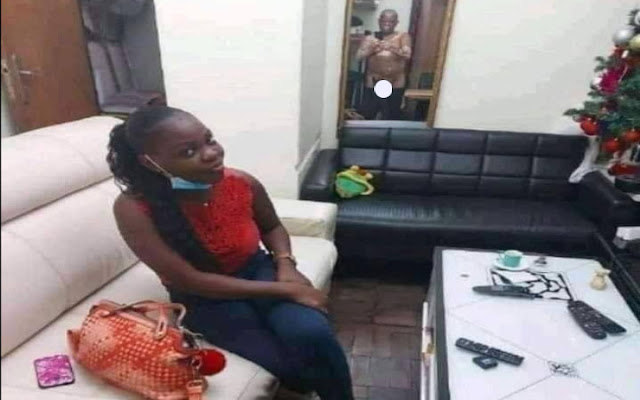 Minutes after posting it, her followers noted a bizarre scene in the picture. The lady posed for the photo which was taken by a naked middle-aged man and he was spotted through the hotel’s mirror.

Kenyan local news platforms reported that the lady pulled down the post immediately after seeing the embarassing side of the photo. It was however late as Internet users had already taken screenshots of the post and some reshared the post in various Whatsapp groups.