A Nigerian man took to Facebook to narrate how his son who was vying for the post of the head boy lost the election after the winner distributed  snacks and drinks to other classmates before the election. 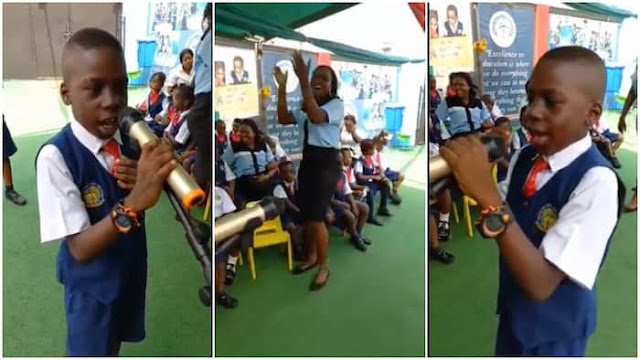 The Nigerian dad shared this in the wake of the viral video of a pupil who gave an outstanding speech while campaigning for votes to become the head boy of his school but he eventually lost it.

The Nigerian dad, Eshiomomoh Ifoga, shared the story on Facebook while reacting to a post on Facebook about the outcome of the election in the viral video

”Olajide Abiola let me share a personal experience. Earlier this year, my son was selected to vye for the position of the Assistant Head Boy in his school.

I helped with his manifesto and encouraged him to be persuasive, assertive and convincing in his presentation. We rehearsed for two consecutive days until I was satisfied. On the Election Day, I told him to give it his best shot. I hugged him and went to work.

Luckily, the election was shown live on the school’s social media handles. I monitored the proceedings online. His presentation was perfect to my standard. When it was time for voting, he got few votes and came a distant second.

When I got home later in the evening, I asked him what happened. Guess what? My son told me that the pupil that won gave out snacks and drinks before the elections.” 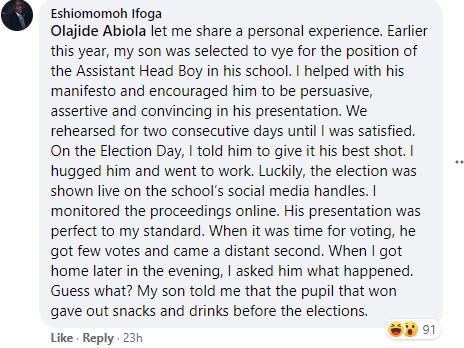