Nigeria’s number one man, President Muhammadu Buhari, has said the late former Justice of the Supreme Court, Bolarinwa Babalakin, who passed on last Saturday, was a public servant of repute who lived a remarkable life. 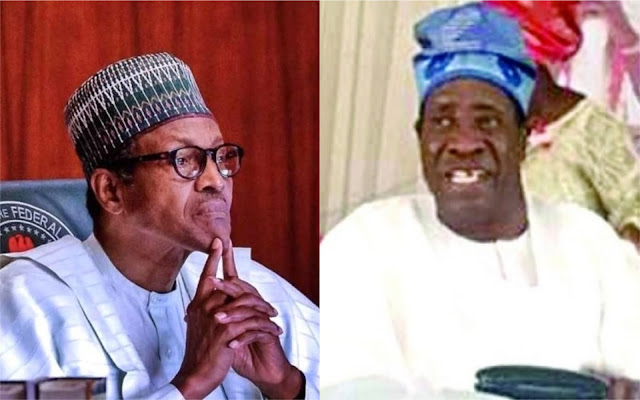 Special Adviser to the President (Media and Publicity), Femi Adesina, disclosed this in a statement titled, ‘President Buhari commiserates with the Babalakins, says late jurist lived a remarkable life.’

The President said this on Friday through a delegation he despatched to the Lagos home of the Babalakins to express his condolence.

The delegation was led by former Lagos State Governor and Minister of Works and Housing, Babatunde Fashola, SAN.

Other members of the team were Minister of Youth and Sports Development, Sunday Dare, and Special Adviser to the President on Media and Publicity, Femi Adesina.

“Nigeria is diminished by his passing, but his legacy will be appreciated for many generations to come. May you find comfort and solace in his truly remarkable life.”

The Federal Government team was received by renowned lawyer, Dr Wale Babalakin, and other family members.

Dr Babalakin, who said he was speaking on behalf of the children, grandchildren, and 13 great-grandchildren of the departed jurist, who died at 94, expressed profound gratitude to the President “for deeming it fit to send a condolence team to a man who left public service 29 years ago. It’s a mark of great honour.”

He added, “We are greatly consoled by how my father prepared for his final departure. He had absolute belief in his faith, and always said his final day was in the hands of Almighty Allah.

“When he turned 80, he had joked that he was already staying overtime. He was extremely grateful to God for the time he got.”

Fashola led the team in prayers for the family.