Nigerian comedian, Efe Warri Boy, has stated that the cause of many failed marriages in Africa is ‘sibling entitlement mentality’. 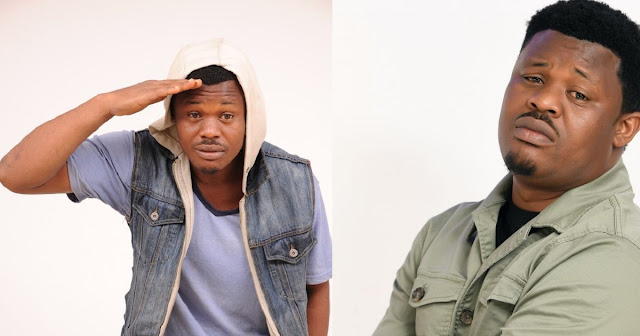 Efe, who shared his thoughts on his Insta-stories moments ago, stated that many marriages have failed in Africa because of the entitlement mentality of siblings of the couples.

According to him, when siblings start feeling unnecessarily entitled to the affairs of married couples, it ruins the relationship.

“Sibling entitlement has ruined plenty marriages in Africa”, he wrote. 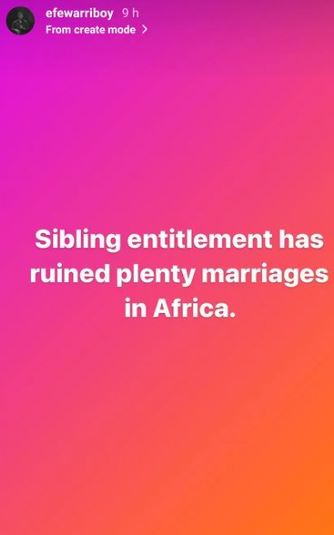 In other news, Efe Warri Boy has advised members of the LGBTQ community to keep their sexuality private..

He said the challenge is that they “shine too much light on these things”, hence the persecution they face from society.

“So the challenge is that we shine too much light on these things. Why must the whole world know s about your sexuality. Na you choose am. Go ahead and live the life. All this coming out of the closet idea is the problem. Those of us who are straight don’t announce it when we want to start having sex. So why tell us your sexual preference??? This video here now. Na private video with you and your mama. You record am put up her”.